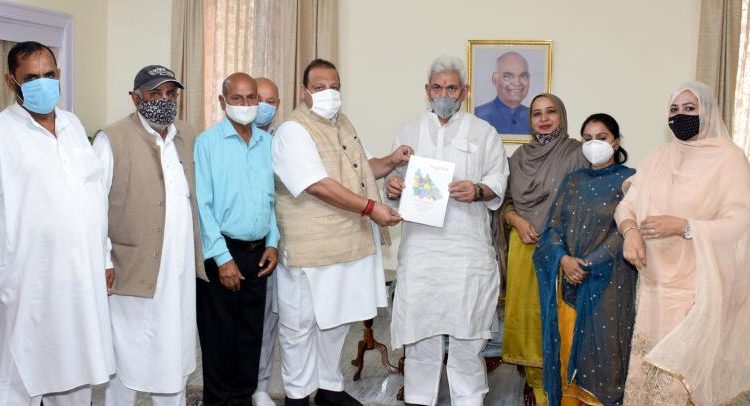 Sh. Sukhnandan Choudhary apprised the Lt Governor regarding various issues of the farming community and discussed with him the issues related to desilting of irrigation canals, provision of fertilizer, and augmenting power supply in rural areas.

They also drew Lt Governor’s attention towards the issue of developing Ancient Temples, Shrines, and Bowlis through INTACH.

Sh. Rana expressed his gratitude for the sanctioning of land for GDC Nagrota and lauded the Lt Governor for the unprecedented work being done under his leadership in the UT.