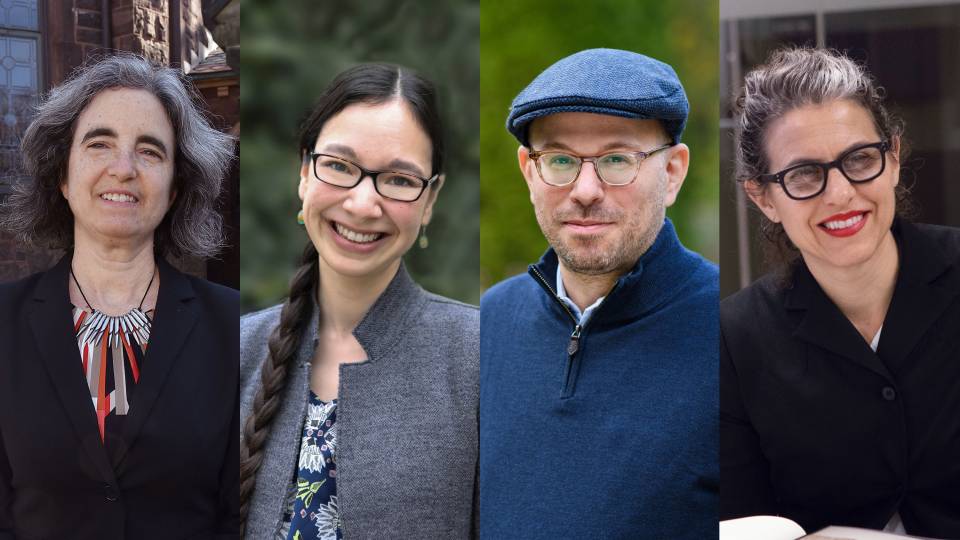 Four Princeton faculty members have received research grants from the National Endowment for the Humanities (NEH).

Alison Isenberg, professor of history, received a $30,000 grant for research and writing “Uprisings: The Impact of Martin Luther King Jr.’s Assassination and the Case of Trenton, New Jersey,” a book on unrest in Trenton, New Jersey, in the aftermath of the assassination of Dr. Martin Luther King Jr.
Beth Lew-Williams, associate professor of history, received a $60,000 grant for research and writing “Race and Law in the American West, 1850–1924,” a book on Chinese immigrants and the law in the American West, 1850–1924.
Jonathan Gribetz, associate professor in Near Eastern studies and the Program in Judaic Studies, received $60,000 for completion of “Reading Herzl in Beirut: The PLO’s Research on Judaism and Israel,” about the history of a research center and library formerly maintained in Beirut, Lebanon, by the Palestine Liberation Organization.
Marina Rustow, the Khedouri A. Zilkha Professor of Jewish Civilization in the Near East, professor of Near Eastern studies and history, and director of the Program in Near Eastern Studies, received $150,000 for the project “Creating a Committee for Manuscript, Rare Book and Archive Studies,” which will focus on the development of undergraduate and graduate curricula in manuscript, rare book and archive studies.
“As we conclude an extremely difficult year for our nation and its cultural institutions, it is heartening to see so many excellent projects being undertaken by humanities scholars, researchers, curators, and educators,” said NEH Chairman Jon Parrish Peede. “These new NEH grants will foster intellectual inquiry, promote broad engagement with history, literature, and other humanities fields, and expand access to cultural collections and resources for all Americans.”

University of Birmingham: Omicron may cause 100,000…

Last February, Christopher Thornton, director of the National Endowment for the Humanities Division of Research, came to Princeton for a day-long visit, which included a “mock review” panel and a presentation to humanities faculty on NEH Fellowship programs and advising on grant applications. The panel reviewed three different fellowship proposals and discussed how the peer review process is managed at the NEH. In his presentation, Thornton reviewed the NEH’s history and its mission to support work that engaged a wide variety of audiences with the Humanities. He shared guidance on proposal writing and application processes. Hosted by the Office of Research and Project Administration (ORPA), part of the Office of the Dean for Research, the program was attended by Princeton faculty, senior humanities administrators, postdoctoral candidates and fellows.

University of Birmingham: Omicron may cause 100,000 cancelled operations in England…

iednewsdesk Jan 23, 2022
The redevelopment of Pritchatts Park, which gives students quick and easy access to the heart of campus, plays an…

University of Birmingham: Omicron may cause 100,000 cancelled…