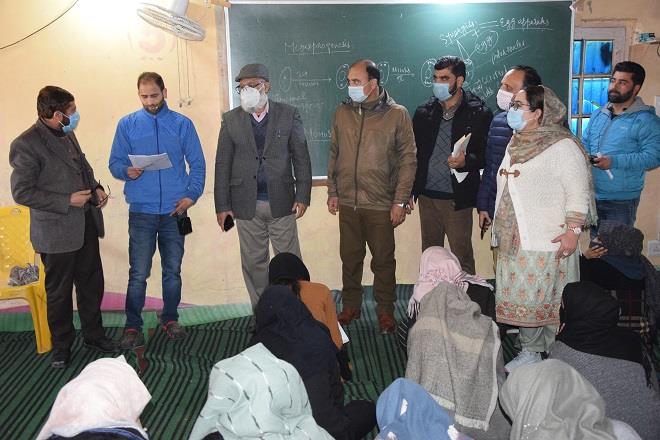 Baramulla: Acting on the directions of Deputy Commissioner (DC) Baramulla, Mohammad Aijaz Asad, authorities today launched a surprise inspection drive across the district during which 64 tution centres were inspected to ascertain if they adhere to the regulatory framework.

The ACR accompanied by Chief Education Officer and other functionaries conducted inspection at Baramulla wherein they inspected 06 coaching centres, 02 centres were sealed and a fine of Rs 12,000 was realized for violating the requisite legalities.

Similarly, in Sopore ADC carried out the inspection of 35 centres. Concerned SDMs in Tangmarg, Pattan and Uri inspected 15, 03 and 05 centres respectively in their areas. However, warning notices were also issued to several coaching centres wherein they have been asked to strictly follow the prescribed rules failing which legal action shall be initiated against them.

The inspection to these tution centres was conducted to check whether they are following regulations like sufficient accommodation, COVID-19 SOPs, reservation for poor and destitute students, student-teacher ratio, maintenance of records among other codal formalities.

On the occasion, DC said that strict legal action shall be taken against the violators and added that any kind of laxity won’t be tolerated in the interest of the student community.

He emphasized upon the concerned stakeholders to strictly abide by the rules and regulations and said that while ensuring quality education adherence to normative framework and compliance to the same must be ensured.

My Youth My Pride: Competitions in various sports continue in many panchayats of…

Leiden University: Documentary offers unique insight into the work of…