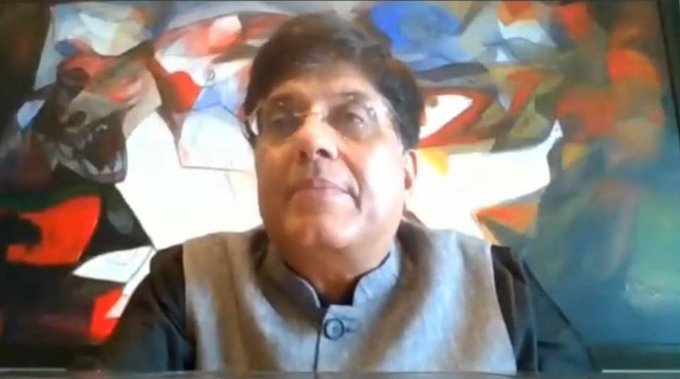 Lauding the success of GeM in becoming a game changer in the Government procurement, Shri Goyal called upon more and more buyers and sellers to join the system. Expressing the confidence that GeM will be able to unlock the value and save money for the nation’s development, he said that it has helped in transparent, seamless, easy, efficient and faster procurements. All the information is available at one place, and any outlier trying to manipulate the system can be easily identified. He said that the Government’s decision to ask the buyers to give interest for delayed payments in GeM is a significant step. At the same time, he also cautioned the unscrupulous sellers from pushing the poor quality goods or charging exorbitant prices, as they will not only be blacklisted from the GeM portal but from the entire Government ecosystem.

Shri PiyushGoyal welcomed the offer from the CII to partner with GeM and expand the reach to the nook and corner of the country. He said that GeM has the advantage of being seamless, transparent, open and efficient and technology-driven, and this will gain momentum if more and more buyers and sellers join the system. More procurement orders will lead to more sellers joining it, leading to more competition, and availability of quality products at cheaper prices. “More the merrier”, said the Minister.

The Minister said that the Government has been making continuous efforts to reach out to all sections of the society, especially the marginalized ones, who were denied basic amenities for a long time. He said that the Government procurement is very large and has to be efficient. “Every penny saved is penny earned”, said the minister. The greater competition and efficiency helps the Government save money which is then used for the public good, and reach out to those who deserve this. Shri Goyal said that the Government has been bringing honesty and eliminating corruption. “ Technology leads to Transparency which leads to Trust, which helps in Transformation of the country. We have moved from Corruption to Clean Government which has raised the Confidence of people, and which is leading to greater Commerce within the country and internationally.”

The Minister said that as the television media’s success is measured by TRP ratings, the Success of GeM can be measured by Trust (Of people in government procurement), Reliability (In supply of quality products at low cost and timely manner) and Prosperity (of the nation and the people). He said that maximum efficiency comes from the minimum government, and e-process in procurement is a step in this direction.

The Minister announced that GeM and Indian railways are working earnestly to integrate the latter’s procurements with the former. He said that the railways presently spend about Rs 70,000 crore per annum on procurements and the integration of the system with the GeM will lead to saving of at least 10-15% which is almost Rs 10,000 Crore. He said that besides savings of money, the integration will save efforts, manpower and bring in more efficiency and transparency in the system.

Shri SomParkash, Minister of State in the Ministry of Commerce and Industry said that the Conclave provided an excellent opportunity to Buyers and Sellers to interact. He said Women Entrepreneurs, start-ups, Artisans, Weavers, Self-Help Groups and MSMEs will find such platforms very useful. He called for reduction of Government purchases from outside the Gem system.

Shri Talleen Kumar, CEO, GeM, said that GeM aims to enhance efficiency, transparency, inclusiveness in public procurement and provides the tools of Direct Procurement, e-Bidding, and Reverse Auction to facilitate buyers achieve the best value for their money.He said that GeM has evolved as an increasingly transparent, efficient and inclusive platform, with MSMEs making up over 57% of the cumulative Gross Merchandise Value on GeM. In order to provide an impetus to the Make in India initiative as part of the vision of “Aatmanirbhar Bharat”, and also to promote local products through the “Vocal for Local” initiative, the Government has made it mandatory for all sellers on GeM to list the Country of Origin while registering new products.Over the next couple of months, GeM shall be rolling out GeM 4.0 – which will be anchored in the Unified Procurement System.

The key features of this year’s online conclave include a detailed overview of the enhanced version of GeM – GeM 4.0, followed by virtual panel sessions on role of MSMEs, Startups, Women Entrepreneurs, Weavers & Artisans, Information Technology, Defense and Railways in Public Procurement. Some of the other highlights at NPPC 2020 include virtual B2B and B2G meetings between Govt buyers and sellers, training and technical sessions on GeM features and new developments, a virtual GeM stall to resolve queries on the spot and facilitate registration of sellers and buyers, special session for Services.

National Traders Welfare Board will be soon constituted

R&B pulled up for faltering on agreed completion timelines for…

University of Nottingham: Parks count on new technology to monitor…