1.      With 250 speakers KLF has emerged as one of the largest literary festivals in the World

3.      KLF welcomed Monsson to Odisha and enchanted the poets and mystics.

4.      This year the KLF central theme was Literature for Peace and Harmony

5.      Union Minister Dharmendra Pradhan: Odisha has so much to contribute to peace and harmony through the messages of Kalinga War and Bhima Bhoi.

7.      First ever International Literary Award introduced in Odisha and first ever attempt to recognise local talents in the 30 districts of Odisha through Kalinga Literary Youth Award.

8.       First ever attempt to create two distinct yet interconnected thematic festivals like Art Festival and Poetry Festival and integrate them into broad Kalinga Literary Festival 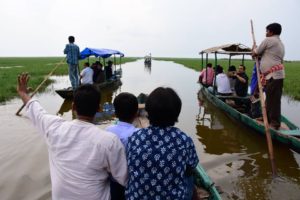 Bhubaneswar: The Three day Kalinga Literary Festival (KLF) came to a successful end at OD Art Centre and Mangalajodi, Chilika.  The fourth edition of the KLF has been the best so far as far as attracting national and global attentions is concerned. The fifth edition has been announced to be held in June 2018.

This year the festival was themed on Literature for Peace and Harmony. The theme focused on whether literature has a role in promoting peace and harmony. Though everyone was unanimous on the role the literature in peace and harmony, differences of opinion emerged on the modus operandi (method of operation). All sessions were connected to the central theme and created an extensive dialogue to understand, analyse and reflect ion the immense possibilities that literature has in its variety of avatars. 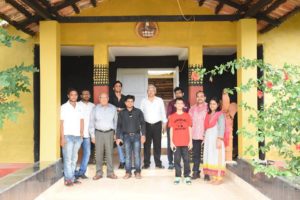 The festival was inaugurated by Union Minister Dharmendra Pradhan, who gave a call to revive the tradition and culture of Kalinga through the study and research of history and literature. He expressed happiness that the youth of Odisha have created a platform like Kalinga Literary Festival to bring back the glory of ancient Kalinga. He exhorted that the youth of Odisha need to look for 100 years ahead from now. Citing the example of peace that came of out Kalinga War and the compassionate words of legendary poet Bhima Bhoi, the Minister stressed that Odisha has contributed a lot to the global discourse on peace and harmony. He advised the KLF team to spread the message of peace and the present day world has much more to learn from Odisha. 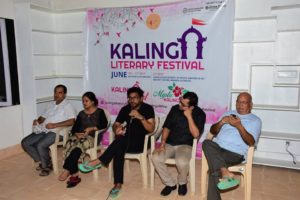 Padma Vibhushan Sitakant Mahapatra and Padma Bhushan Ramakanta Rath echoed the words of Shri Pradhan and highlighted that the many Indian and western academics and literary experts are interested to know more on Odisha. They appreciated KLF for its focus on contemporary themes and creating sessions that would serve the purpose of holistic understanding.

First two days of the festival were held at Mayfair Convention in Bhubaneswar, Chilika was chosen as a natural destination for the concluding session of KLF and Mystic Kalinga. The concluding session held at the shore of beautiful Chilka Lake with Mystic Kalinga session saw leading poets reciting poems at the Mystic Kalinga session held at Mangalajodi Bird Sanctuary and OD Art Centre. Poets like Vineet Kumar, Sudipti Nirupam, Baqir Shameem, Satyanand Nirupam and others celebrity poets recited their new poems. 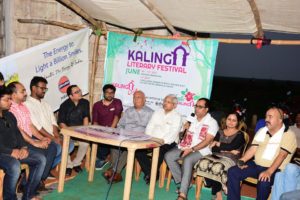 In order to reach out to the rural areas, 30 youth have been selected from different districts of Odisha. The Kalinga Literary Youth Award has been conferred upon these   bright names in the arena of literature who have made promising contribution to Odia language and literature.

35 renowned artists participated in the Kalinga Art Festival and more than 100 poets recited poem in Mystic Kalinga. 250 speakers participated in the three-day festival making it one of the largest festivals in the world. The festival saw brilliant names notably including Kedarnath Singh, Bhalchandra Nemade, Ravish Kumar, Piyush Mishra, Suhasini Haider, Tarun Vijay, HS Shivaprakash and Sagar Sarhadi joining KLF to inform, entertain and enlighten the audience. Among these speakers many have been Padma Awardees, Jnanpith Awardees and Sahitya Akademi Awardees. The level of discussion and debate were of high quality. Audience were spell bound by several sessions and performances.

In the valedictory session, Founder Rashmi Ranjan Parida appreciated the brilliant team effort and thanked delegates, speakers, artists and poets. He made special mention of the partners and associates who shared resources, energy and expertise to make the event a grand success. Director Kamala Kanta Dash highlighted the quality of sessions and how the festival created online impact for three days both on Facebook and Twitter. Founder Shri Parida announced the 2018 Kalinga Literary Festival, which will be held during 8-10 June 2018.

AT&T collaborates with Smart Cities for All to share its vision of inclusive, accessible urban future

Admission to Plus II courses begins at all colleges across Odisha

In a first in four decades, a Union Minister – MoS Rajeev Chandrasekhar visits…