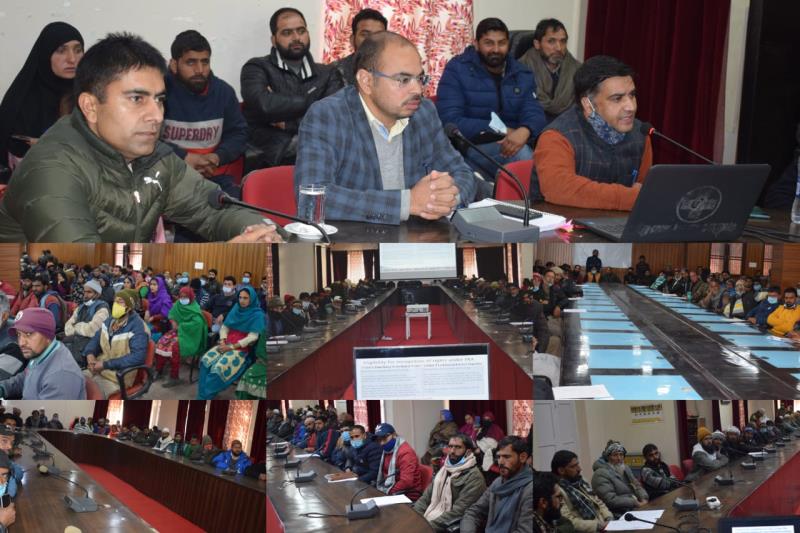 FRA Implementation training; Around 1200 stakeholders of 7 blocks participate on day 2

Doda: Around 1200 stakeholders of 7 blocks participated on day 2 of 3 day training organised by District Administration to acquaint the members of the newly constituted Forest Rights Committees about the provisions of Forest Rights Act 2006.

The Divisional Forest Officers of Doda and Bhaderwah imparted training to the participants, which included FRC members along with chairmen and secretaries of FRC Committees, Sarpanchs and Panchs from Changa, Chilli, Ghat,Gundna, Kahara, Dali Udhyanpur and Chirala blocks.

President of India Graces The 19th Annual Convocation of…

They were briefed about the salient features of the Act, besides various guidelines with regard to the effective implementation of the Act at grassroots level. The DFO Doda informed the participants that the Act recognises the rights of forest dwellers (ST/OTFD) on ancestral lands and their habitat which were not adequately recognised.

The DPO Doda Idrees Lone urged the FRC members of the blocks to get well versed with the provisions of the act, so that it is implemented in letter and spirit.

Meanwhile, the participating FRC members raised certain queries which were satisfactorily answered by the concerned authorities.

Cisco Appoints John D. Harris II to its Board of Directors