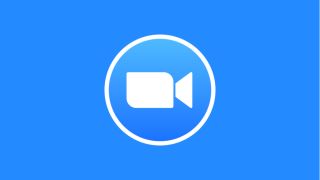 From South Auckland to Gálapagos: an exchange of culture and kōrero

Two school groups from opposite ends of the Pacific and very different cultures met up on Zoom recently to discover what they had in common and create a connection for the future.

The exchange was part of a global concept called Pacifico, an organisation on a mission to improve people’s understanding of the risks facing the planet and build resilience to those risks, and ‘Gálapagos Infinito’, which aims to connect Gálapagos children with the ocean in new ways.

One of the New Zealand organisers of this first school exchange, Professor Carol Mutch from the University of Auckland’s Faculty of Education and Social Work, found out about Pacifico from a colleague in Engineering at Auckand, Vicente Gonzales, who had in turn been contacted by an Argentianian colleague of his, Emiliano Nuetsch.

“Vicente told me that Emiliano was trialling a project where children across the Pacific come to understand what they have in common and why it is important to know about and protect the Pacific Ocean and the people that depend on it for the future,” says Professor Mutch.

“Emiliano already had a contact in the Gálagapos, a volcanic archipelago notable for its extraordinary wildlife, where they are at risk of rapid urbanisation, environmental degradation and sea level rise. He wanted the children there to talk to children in another area of the Pacific to begin to understand that, while they are different, they have much in common.”

The famous native Gálapagos tortoise is the largest living species of tortoise in the world. Photo: iStock
So Dr Mutch asked Nick Mailau, a teacher at Kauri Flats if he’d like his class to participate and the first Zoom meeting was set up. And even though the internet connection was intermittment, the children did get to talk for about an hour, despite speaking different languages, she says.

“The language of Gálapagos is Spanish, because the islands belong to Ecuador, but some children spoke a little English and for those who didn’t, Marta Estelles, who is a visiting scholar from Spain currently being hosted by our Faculty, did the translation.”

The students from Gálapagos were all Zooming in from their own homes as schools are currently closed due to Covid-19. Their teacher, Adrian Benea, started off with a relaxation exercise for everyone, and then the exchange began.

“The Kauri Flats students knew that Gálapagos has the oldest tortoise in the world, for example and the Tomas de Belanga children knew that New Zealand has snow, and after presentations and questions about their cultures, and a waiata from Kauri Flats, the session closed with our students reciting their karakia.”

Not only did our students come to know about a place they had never heard of, but they came to see that despite their differences, they both live in a set of islands remote from other land.
Professor Carol Mutch
Faculty of Education and Social Work
There will be another meeting in week’s time where she anticipates the students will take more charge of how they want the relationship to proceed, and where they’ll come to know each other in a bit more depth.

However after only one brief meeting, she believes much was achieved.

“Not only did our students come to know about a place they had never heard of, but they came to see that despite their differences, they both live in a set of islands remote from other land; and that they’re joined together by the Pacific Ocean, albeit more than 10,000kms apart.”

As this was only the first group of cross-island student interactions, she says organisers are not sure where the project will go from here or how it might grow; however, she was delighted with the success of the trial run.

“The Kauri Flats students did us, and themselves, proud. Despite feeling a little shy and overwhelmed at first, they shared their prepared activities and engaged in conversation with their Galapagos counterparts with enthusiasm and pride. They were the perfect ambassadors to represent the face of Aotearoa New Zealand to the world.”

IIT Madras Records Strong Pre-Placement Offers for Students this year too, despite COVID-19