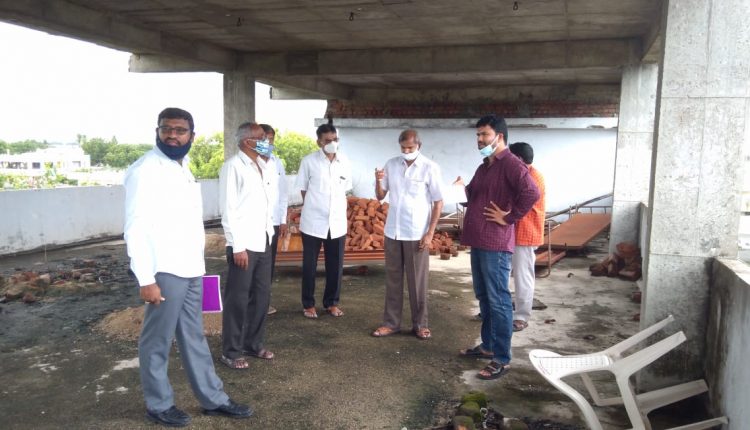 GAIL, a Govt of India extends Rs 15lakh under CSR to Blind School for construction of Rooms

Hyderabad: GAIL (India) Ltd, a Govt of India Undertaking, extends rupees fifteen lakh financial support to a Hyderabad based Development & Welfare Association of the Blind (DWAB) which has a blind school at Nalgonda. The support is extended under CSR Project Support for DWAB for the construction of Rooms at the 20years old Blind School.

GAIL has written a letter towards this effect and the same is handed over to Mr Chokka Rao, General Secretary of DWAB. Mr B. Balaji Naik, Senior Manager and CSR Nodal Officer in Incharge, Rajahmundry, Andhra Pradesh, Telangana visited and inspected the Blind School and handed over the letter.

Clever Harvey partners with Kellogg’s to launch an…

Nalgonda School for the blind is run by DWAB —Development and Welfare of the Blind which recently completed 25 years. The blind school is run on donations from the public. The school is well known for its role and in producing results. Recognising its efforts, several Governors, Chief Ministers, the President of India Mr Abdul Kalam; Prime Minister Mr Narendra Modi, State Human Rights Commission Chairman and members either visited the school or appreciated their efforts.

Chokka Rao, who himself is visually challenged, is a retired Gazetted Head Master and founded it on 4th January 1996. DWAB is running a secondary School called Nalgonda School for the Blind with residential facilities for the Visually Impaired students providing free education and boarding in a spacious four stories building of a 15000sft area. It runs classes from 1 to 10th class. Its journey began with just three students. It currently has 97 blind students. Recently, the School also started English medium from Classes 1 to 7. The organization could construct its building for school and hostel which can accommodate 300 Blind children [Boys & Girls] with all basic amenities. It is purely run based on donations. 24 batches of 10th class students passed out with 100% results. Well over 100 visually challenged from this school secured government jobs. About 600 students have gone for higher studies.
A lot of its students have got jobs in very good organizations and settled.

India Education Diary Bureau Admin May 17, 2022
Delhi: With the use of technology at a sudden surge and newer innovations unfolding every minute, the knowledge of…