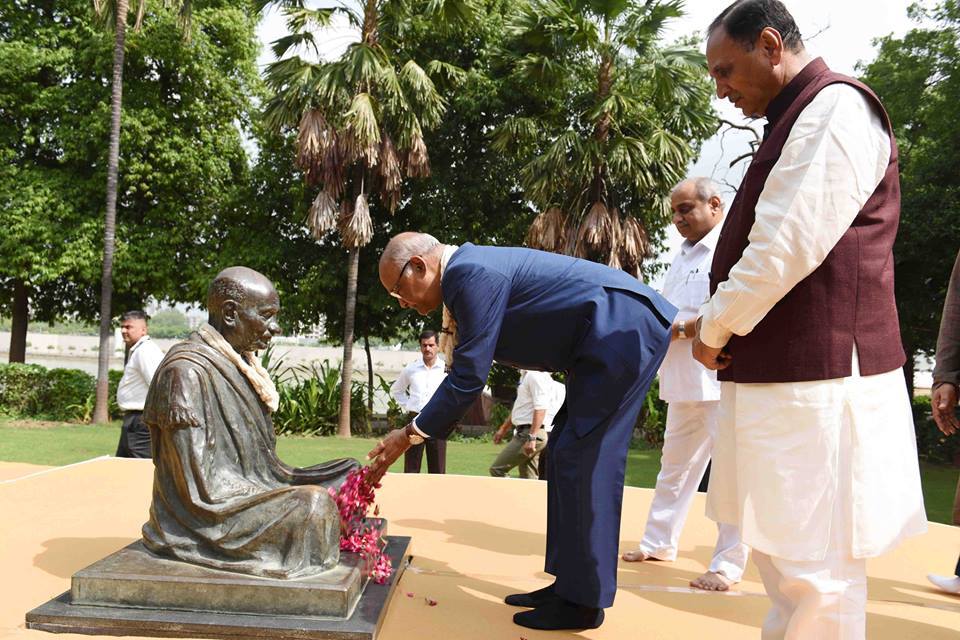 Gandhiji Aimed at the Overall Development of Society and believed in the Dignity of Labour, says President at Mangrol, Gujarat

Speaking on the occasion, the President said that Gandhiji aimed at the overall development of society and believed in the dignity of labour. The people of Saurashtra are known for their hard work, whether in agriculture, trade or other professions. They have improved their lives by dint of their hard work and diligence while facing natural calamities and other challenges of nature. The President inaugurated various projects today such as the Jetty & other facilities at Jafarabad Fishing Harbour; upgradation of Veraval and Porbandar Fishing Harbour and Navibandar, Miyani & Salaya Fish Landing Centres, and the Mangrol Rural Water Supply Augmentation Scheme for 45 villages. He hoped that these would boost the economic development of the region and improve the quality of life of the people.

The President said that Gujarat has contributed immensely in various areas such as agriculture, industry, education, arts, literature and public life. In fact, coastal Gujarat has contributed to the economic development of the country since ancient times. Around 48% of the cargo entering or exiting the ports of the country is from the ports of Gujarat. The State is the largest contributor in the marine fisheries business in India and its share is around 20% of the total trade. He said the projects inaugurated today are very important for the people of Gujarat, particularly the people of Saurashtra. On the occasion, he congratulated the Government of Gujarat and its Chief Minister, Shri Vijay Rupani for building on the past legacy and working diligently in order to make the projects possible.

We should all strive together to realise the dreams of Gandhiji: Vice President