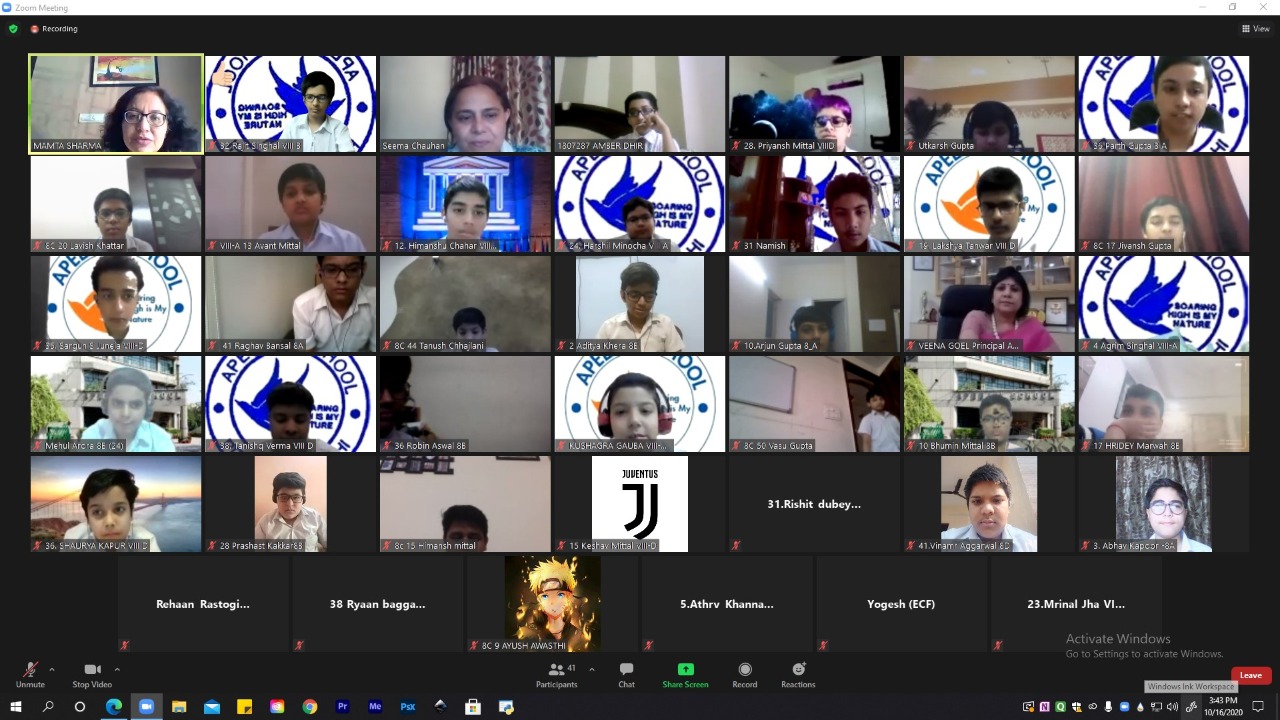 New Delhi: As part of UNESCO (Equal Community Foundation) led Global initiative on ‘Engaging Boys for Gender Equality,’ around 50 boys from Apeejay School-Pitampura participated in special sessions that aims to raise gender equitable boys by equipping them with knowledge, peer support, skills and leadership abilities and to change their attitudes and behaviour.
We at Apeejay School, Pitampura believe that education and schooling is a process through which society builds the kind of individuals we wish to see in the world. Therefore, it is imperative that we lay strong emphasis on inculcating values of equality among our children.
The programme comprising of a series of 10 sessions addressed unequal power relations and deep-rooted beliefs of patriarchy and human rights were conducted by by Ms Seema Chauhan and Ms Mamta Sharma who were trained through series of webinars conducted by UNESCO(ECF).
The participants participated actively in the open house discussion and were appreciative and realized that every individual is different and unique in their own special way and ‘Diversity is to be celebrated’ and not be a cause for division. Students participated with great enthusiasm in the group exercises, picture analysis to enlist the stereotypes and how umpteen examples of role reversals are making a mark in the growing Indian society. The participants were encouraged to do their part to ensure that everyone moves towards a more equal and inclusive society, a society devoid of discrimination, one where women are not treated as inferior, and where equal opportunities and rights are given to all.
At the end of these sessions Students conducted presentations on various topics pertaining to Gender Equality, like -Empowerment of women, Portrayal of women in advertisements, how gender discrimination leads to violation of basic human rights , Domestic violence ,Common myths leading to gender discrimination and Peer pressure and masculinity.

These online sessions became a space of transformation where children learned to question gender roles, identified areas of gender discrimination and worked towards changing them.
Notably, different Apeejay Schools in Delhi-NCR and other parts in India have been conducting many such programmes to sensetise students on various social issues. Earlier, the Apeejay School, located in Panchsheel Park, South Delhi hosted self-defense training for girls in its premises in collaboration with Delhi Police.