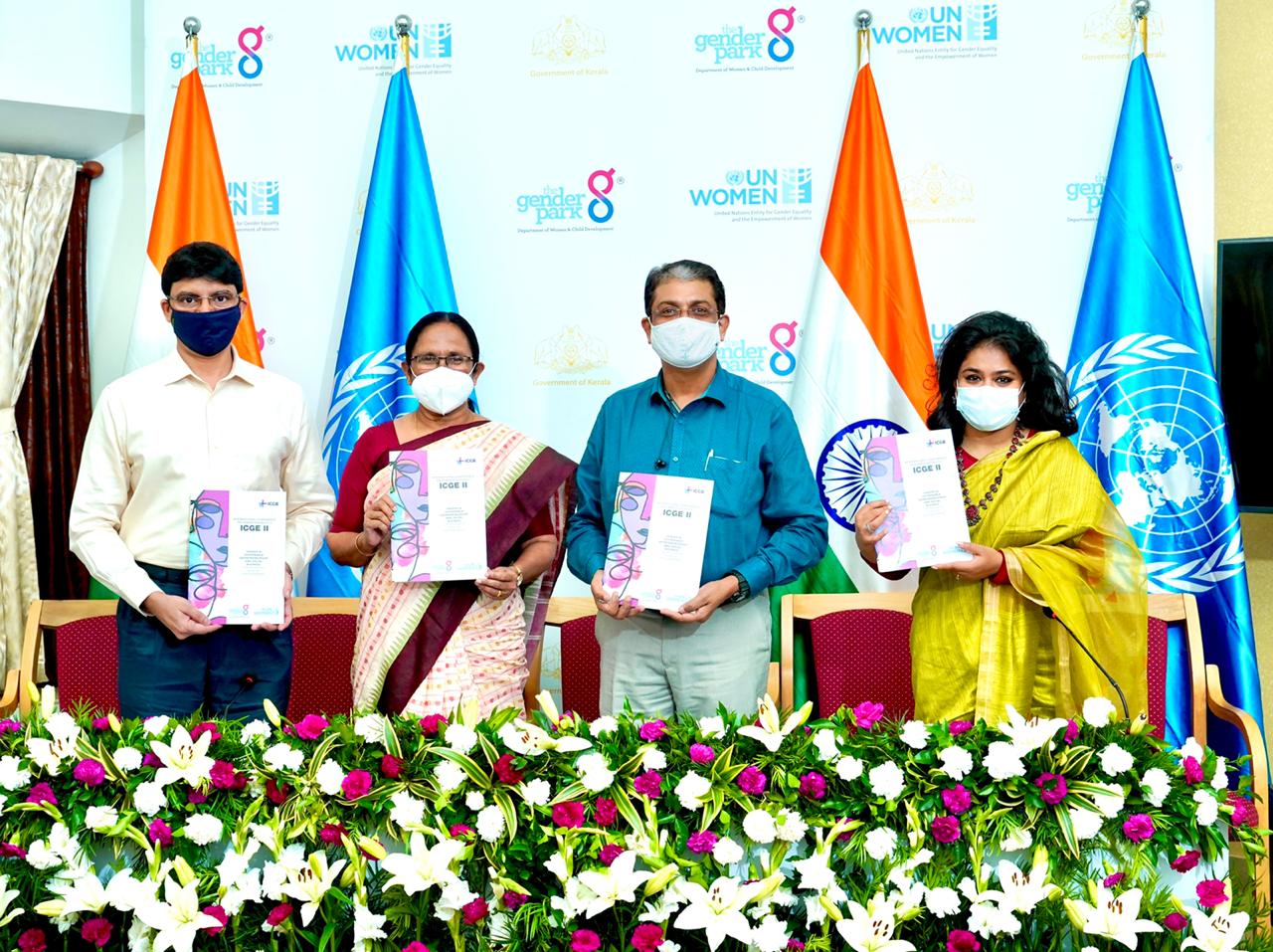 Thiruvananthapuram: The Gender Park in partnership with UN Women is organising the second edition of International Conference on Gender Equality (ICGE-II) at Kozhikode in February next year.
The three-day conference, beginning on February 11, will be held at The Gender Park’s Kozhikode campus in a partially-digital (hybrid) format, given the prevalence of Covid-19. The focal theme is ‘Gender in Sustainable Entrepreneurship and Social Business: The Mediating Role of Empowerment’, seeking to throw light on the critical linkages between entrepreneurship, economic growth and poverty reduction.
Kerala Minister for Health, Social Justice and Women & Child Development Smt K K Shailaja announced the conduct of ICGE-II by releasing the brochure. Present on the occasion were UN Women Deputy Country Representative Ms Nishtha Satyam, Mr Biju Prabhakar IAS, Secretary, Social Justice and Women & Child Development, and Dr P T M Sunish, CEO of The Gender Park which is an autonomous body under the state government.
The IGCE-II will enable various stakeholders to engage with different aspects of sustainable entrepreneurships and social businesses. These include meanings, models, scope of the concepts and the challenges in the pandemic-induced scenario with an objective to locate gender in these elements, besides sharing of experience from across the globe.
Around 50 speakers, primarily industry experts and academics, will address the event featuring several delegates who include budding entrepreneurs and social innovators from national and international quarters. They will share knowledge and experiences.
Minister Smt Shailaja said the conference envisages an initiation of policy-level dialogue and gender-sensitive interventions for socially-inclined entrepreneurship models. “We hope these conversations will contribute to making positive shifts in sustainable development,” she added.
CEO Dr Sunish said ICGE-II aims to look at sustainable entrepreneurship and social business as livelihood opportunities that generate income. “Kerala is uniquely positioned to hold this conference given the history of our innovative approach to development,” he noted.
ICGE is a platform for discussion and advocacy of gender and developmental subjects. The agenda is to move towards gender equality recognizing the different needs and priorities of all genders. Further, the conference seeks to ensure that all genders have equal opportunities in realising their rights and enjoy the same access and opportunity to contribute to and benefit from development.
The Gender Park had, in November 2015, hosted the first ICGE in association with UN Women. It was supported by United Nations Population Fund (UNFPA).
The 2013-established Gender Park is an initiative of the Government of Kerala to strengthen gender equality in the state. Headquartered in the state capital Thiruvananthapuram, with its main campus at Kozhikode, it drives policy, research, economic and social initiatives that work for a just and equal society. The Park is the first space of its kind in the world and aims to become a premier convergence point for gender-related activities in the region. The campus with state-of-the-art facilities is nearing completion in the 24-acre space.
Last week, The Gender Park entered into an equal partnership with UN Women. The partnership facilitates an upscaling of the Gender Park as a South Asian hub for gender equality, besides institutionalizing a Gender Data Centre within the International Institute for Gender and Development. UN Women is set to collaborate with the Gender Park in its prestigious projects such as International Women’s Trade Centre, Women in Sustainable Entrepreneurship Fellowship Programme and ICGE-II.