Researchers at University Health Network and the University of Toronto have identified silent and ancient DNA elements buried in our genomes that, when reactivated, can initiate a powerful immune response to kill colorectal cancer cells.

The researchers also discovered a key enzyme that human cancer cells use to prevent that immune response. Inhibiting this enzyme makes cancer cells more sensitive to new drug therapies that induce viral mimicry in mice, the study shows.Viral mimicry causes cancer cells to behave as though they have been infected, thereby activating the immune system to fight cancer like an infection.

The findings were recently published in the journal Nature.

“Humans acquired a series of ‘silent’ repetitive elements in our DNA over millions of years of evolution, but it has been unclear why or what purpose they serve,” says Daniel De Carvalho, an associate professor of medical biophysics in the Temerty Faculty of Medicine and a senior scientist at Princess Margaret Cancer Centre.

“As ‘genome archeologists,’ we set out to identify the function of these DNA relics and have found that under the right conditions they can be reactivated and stimulate our immune system.” 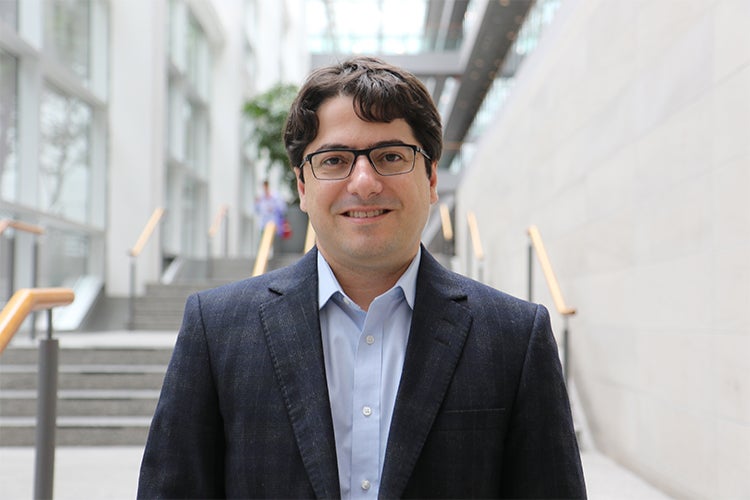 The first authors on the study are post-doctoral researchers Parinaz Mehdipour and Sajid Marhon, as well as Ilias Ettayebi, formerly a research technician in De Carvalho’s lab and now a medical student at U of T.

“These findings open up a new field of cancer therapies,” says De Carvalho. “They give us the opportunity to take advantage of these ancient repetitive DNA elements to fight cancer.”

Modulation of the immune response against tumour cells is one of the most rapidly changing and exciting areas in clinical oncology.

Researchers have made several key discoveries about the immune system’s interaction with cancer that have led to novel immunotherapy drugs, but a large proportion of cancer patients still do not respond to immunotherapy alone. 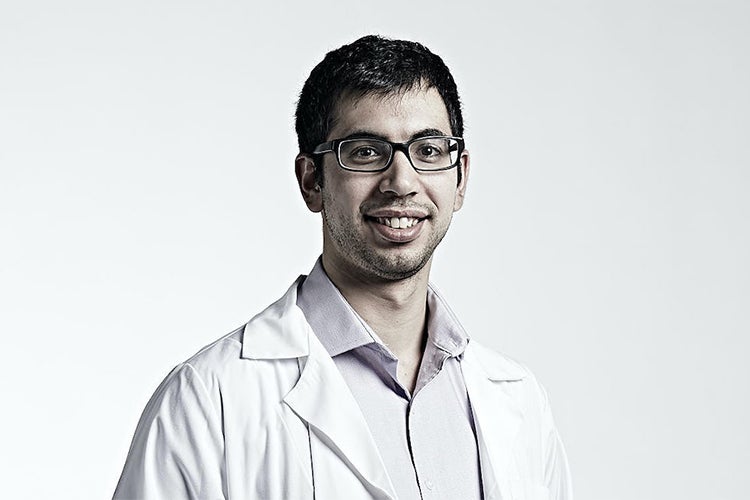 Ilias Ettayebi, a medical student at U of T, is one of the first authors of the study (photo courtesy PMCC)

In De Carvalho’s earlier discovery of viral mimicry, epigenetic drugs were shown to reactivate repetitive DNA elements and lead to production of double-stranded RNA, a molecular pattern that is also observed following viral infection. This leads to an antiviral response directed specifically against cancer cells.

However, if activated by new epigenetic drugs, these SINES produce double-stranded RNA – a marker for infection – and can ultimately trigger an innate immune response. De Carvalho likens this response to an ancient dagger that can be used against cancer.

But cancer cells are wily and have evolved to evade detection by the immune system – even when the ancient DNA sequences are activated.

Carvalho and his team discovered that cancer cells strike back by making more of the ADAR1 enzyme, which disrupts the double-stranded RNA produced by the ancient DNA. This prevents the cancer cells from activating the immune system.

The researchers went on to demonstrate that deleting ADAR1 from cancer cells makes them vulnerable to epigenetic drugs that induce the antiviral response.

“Since the ADAR1 activity is enzymatic, our work provides an exciting new target for drug development efforts for a completely new class of drugs that could exploit these ancient weapons in our genome,” says De Carvalho.

University of Amsterdam: Scientists estimate more than half of palm species may be…

University of Amsterdam: Viewing computer science through the lens of cryptography

University of Amsterdam: Rare electrical recordings from within the human brain give…

University of Amsterdam: New rector Peter-Paul Verbeek fell for the DNA of the UvA