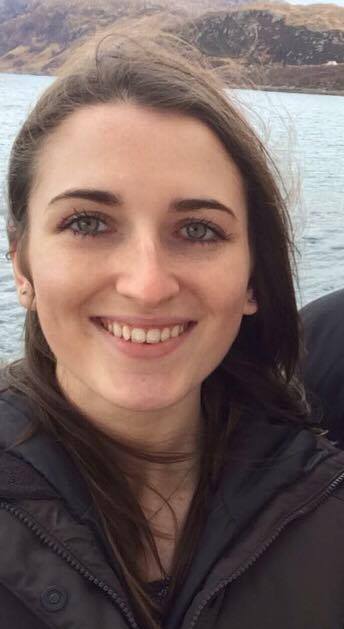 New Delhi: A kind-hearted Giffnock student found a winning formula for raising funds for a charity in India which provides prosthetic limbs free-of-charge to people in need.

University of Strathclyde student Jennifer Pirie held a race night at Giffnock North AAC to raise an impressive £1,500 for Chennai-based MUKTI, a charity that makes and provides prosthetic limbs for people who would otherwise be unable to afford to buy them.

Former Woodfarm High School student Jennifer, who is in her fourth year of a degree in Prosthetics and Orthotics, was immediately inspired to support MUKTI upon finding out about its links with the University.

Strathclyde works with MUKTI to improve the delivery of prosthetic and orthotic services in India by providing training, helping to develop improved prostheses and every year taking a small group of students to work in its clinic in Chennai.

Jennifer said: “I became interested in MUKTI as soon as I was told about it at the interviews to get into the course.

“I thought it sounded like an amazing charity and an incredible trip for the fourth years. I spoke to a girl who had just returned from Chennai working with MUKTI as I was keen to find out what sort of work she did there.

“She explained that they made prosthetic limbs and orthotics splints and delivered them to the patient all in the same day. I thought it sounded fascinating to work in an environment so different to the centres in the UK. . I also went on MUKTI’s website and watched their videos and was just amazed by the patient care in the centre.

“I decided that I wanted to raise money for the charity and began thinking of ways to do it.

“I had attended race nights for local football teams before and knew they had always raised a lot of money. So I went and spoke to the manager of a social club near my house about hiring the hall for a race night for charity.

“Once the date was booked I began work on hiring a race DJ from The Magic Agency. In order to have the money to pay the race DJ I did paintings to order for a small fee. To also keep the costs down to make sure MUKTI got the maximum money possible I donated bottles of alcohol for prizes that I received for my 21st birthday and got local restaurants and businesses including Curlers, Domino’s Pizza, Toni’s Pizzeria, and The Orchard Park Bar and Grill to donate vouchers as raffle prizes.

“We charged £5 entry and £1 per bet, £1 per raffle strip, stand up bingo and a coin toss game. I asked my friends to volunteer to help me collect money and work the computer systems on the night.

“All of the guests – around 70 in total – said they had a great time and I was delighted to tell them all how much we had raised and I am currently sending thank you cards with a photo of a temple in Chennai on the front to thank them all, as without them I could never have raised so much.

“I am going to continue doing paintings so that I can donate a little more money to MUKTI in the future. It was a challenge to arrange everything while I was on placement but I really enjoyed the experience and feel proud that I will be able to help the charity so much.”

Anthony McGarry, Senior Teaching Fellow in the Department of Biomedical Engineering at the University of Strathclyde and leader of the Strathclyde Indian Prosthetics and Orthotics Project which is partnered with MUKTI, said: “We are absolutely amazed by Jennifer’s fundraising activity and would like to thank her on behalf of the entire MUKTI team for her outstanding achievement. Jennifer has worked so hard and the amount she has raised is incredible.”

MUKTI was established in 1986 by the MS Dadha Foundation to provide ‘freedom from crutches’ for as many of the six million people in India who require prosthesis or orthotic devices.

Libya: Tens of thousands of children at risk amidst violence and chaos of unrelenting conflict

AMU student qualifies UPSC, to work as Geologist in GSI