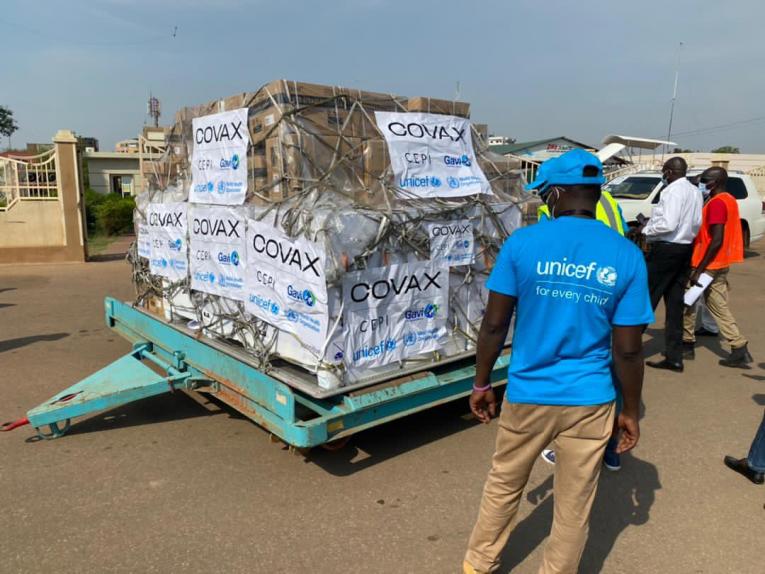 Oslo : Global leaders attending the Global COVID-19 Summit hosted by the United States have again underlined their commitment to ensuring equitable access to COVID-19 vaccines for all countries through COVAX – noting that equitable access is essential to end the acute stage of the pandemic. Building on the momentum and global solidarity generated over the past eighteen months by various commitments including at summits organised by the European Commission, the G20 under the Saudi and Italian presidencies, the United Kingdom (UK), including the G7 under the UK presidency, the United States, and the Prime Minister of Japan, yesterday’s Summit saw further pledges made to COVAX and equitable access.

As the host of the Summit, the United States presented a target to vaccinate the world and as part of its commitment, pledged an additional 500 million doses of Pfizer vaccine to be delivered to low- and lower-middle-income countries through COVAX. These doses are in addition the deal for 500 million Pfizer doses facilitated by the United States, announced in June, and more than 90 million surplus doses shared through COVAX, bringing the US total doses to be provided through COVAX to nearly 1.1 billion doses. With deliveries of previously pledged doses underway, these additional doses will be made available beginning in January 2022. In addition, the US International Development Finance Corporation (DFC) will provide more than $383 million in political risk insurance to Gavi, the Vaccine Alliance (Gavi) to facilitate shipments around the world.

The United States and the European Union announced a joint agenda for combatting the global pandemic, reemphasising commitments to share doses with COVAX and support critical readiness activities, and calling on other nations to do the same – particularly emphasising the importance of predictable and effective dose-sharing to maximize sustainability of the process and minimize wastage of doses. Building on previous pledges, Team Europe committed to share 500 million doses by mid-2022.

Emphasising the close partnership between the African Union / AVAT and COVAX in delivering doses to African countries, South African President Cyril Ramaphosa called on higher-income countries to trade places in production queues and to support the AU and COVAX in their shared goal of increasing coverage across the African continent.

In addition to the US$ 285 million Sweden has already pledged to the Gavi COVAX Advance Market Commitment (AMC), the financing mechanism which enables access to fully donor-funded doses for 92 lower-income economies, Sweden announced that a new pledge of SEK 2.1 billion (approximately US$ 243 million) in cash contributions and dose donations, will be made available to support equitable access to COVID-19 vaccines to AMC-eligible economies through 2021 and 2022.

José Manuel Barroso, Chair of the Gavi Board, said: “This Summit marks a major step forward in the global response against COVID-19 and a major step forward for multilateralism. I would like to thank President Biden and all leaders for their commitment to global access to vaccines and urge all partners and stakeholders to increase their support of COVAX, so that we can meet our objective of ending the acute phase of this pandemic as quickly as possible.”

Dr Richard Hatchett, CEO of the Coalition for Epidemic Preparedness Innovations (CEPI) “Science has made huge progress in the fight to save lives, restore the global economy, and end the pandemic. Now we must redress the central moral failing of the world’s response to the pandemic, which is the lack of equitable access to the life-saving tools we have developed. This will require continued investment in R&D so we are able to deploy more vaccines, more effectively and create equity between countries of all income levels with regard to access to these life-saving vaccines.”

Dr Tedros Adhanom Ghebreyesus, WHO Director-General, said: “I am grateful to President Biden and world leaders for the commitment they have shown to vaccinate the world. However, what we need to succeed is truly sustainable, ironclad support that gets delivered now – not in 6 months or 12 months time. If we are to meet the targets we have set of vaccinating 10% of the population of all countries by the end of this month, 40% by the end of 2021 and 70% by mid next-year, we need to drastically scale up access to vaccines now.”

UNICEF Executive Director Henrietta Fore said: “We welcome world leaders’ renewed commitment to provide vaccine doses to low-income countries. We laud the US pledge of 500 million additional doses next year, as well as the announcements made by the European Union, Denmark, Japan, Italy and Spain, and hope to see these promises fulfilled urgently. With only 12 per cent of the pledges made earlier this year turning into actual doses, low-income countries can no longer wait. We urge dose-sharing countries to accelerate their donation plans.”

Dr Seth Berkley, CEO of Gavi, said: “With the rise of variants and the current gap in equitable access to COVID-19 vaccines we must urgently vaccinate those most at risk everywhere in the world. We cannot afford further delays in getting vaccines to the most vulnerable – to do so will mean a continuation of this pandemic and its impact on all of our lives.”

COVAX has recently published an updated supply forecast, which indicates that while COVAX deliveries to countries are accelerating and will continue to ramp up dramatically through the end of year, significant risks remain.

As a result COVAX partners have issued an urgent call to action – for the lifting of all export restrictions, for manufacturers to deliver on their commitments to COVAX and provide transparency on delivery schedules and queues. COVAX also calls for countries who are ahead in manufacturers’ queues and have already achieved high coverage to give up their place in the queue to COVAX and the low and middle-income participants it supports, and for the expansion, acceleration and systemization of dose donations to provide greater volumes, lead times, and shelf lives, allowing countries to better prepare for rollouts.

So far COVAX has delivered more than 300 million doses to 142 economies, and according to the latest forecast, a total of approximately 1.2 billion doses will be available for the lower income economies supported by the COVAX Advance Market Commitment (AMC) by the end of 2021. This is enough to protect 20% of the population, or 40% of all adults, in all 92 AMC economies with the exception of India. The key COVAX milestone of two billion doses released for delivery is now expected to be reached in the first quarter of 2022.