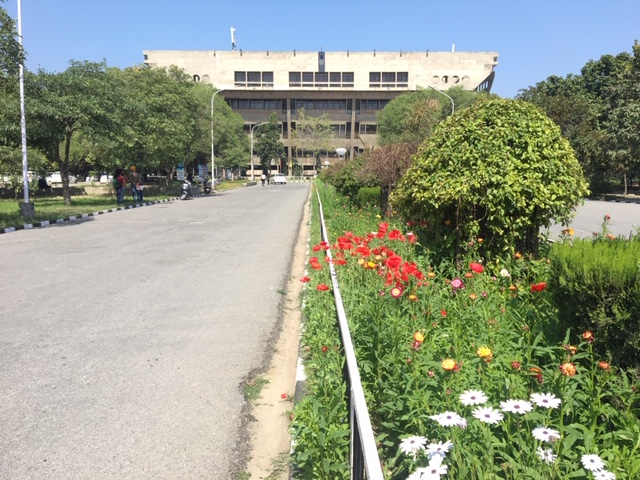 Chandigarh: Guru Nanak Dev University, Amritsar has been ranked as the top State Public University of Punjab and 51 among all the central, public and private universities which participated in NIRF-2020 rankings. Besides this GNDU has been ranked 18th among the State funded universities in the country. The National Institute Ranking Frame (NIRF) – 2020 rankings were released by Union Minister for Human Resource Development Shri Ramesh Pokhriyal ‘Nishank’ at New Delhi.

The Punjab Higher Education Minister Mr. Tript Rajinder Singh Bajwa has congratulated GNDU for this achievement. The Minister said that this would encourage and motivate the students for studying in State Public Universities of the state.

Further disclosing about this the Higher Education Secretary Mr. Rahul Bhandari said that this year two State Public universities of Punjab are ranked among the first 100 in NIRF-2020 rankings. The Guru Nanak Dev University improved its ranking from 55th to 51st position and Punjabi University, Patiala has also improved its ranking from beyond 100 last year to 64th rank.

NIRF ranks the various institutes on the basis of 5 parameters namely Teaching and Learning Resources, Research and Professional Practice, Graduation outcome, Overall Inclusivity and Perception. This year, Guru Nanak Dev University has improved in 3 out of these 5 parameters (Research and Professional Practice, Graduation Outcome and Perception). These improvements point to the existence of an excellent research environment and great higher education and placement opportunities for the graduates of this university. A good ranking in NIRF enables the universities to get several prestigious grants from federal funding agencies. Guru Nanak Dev University has been consistently improving its ranking since the last 3 years.