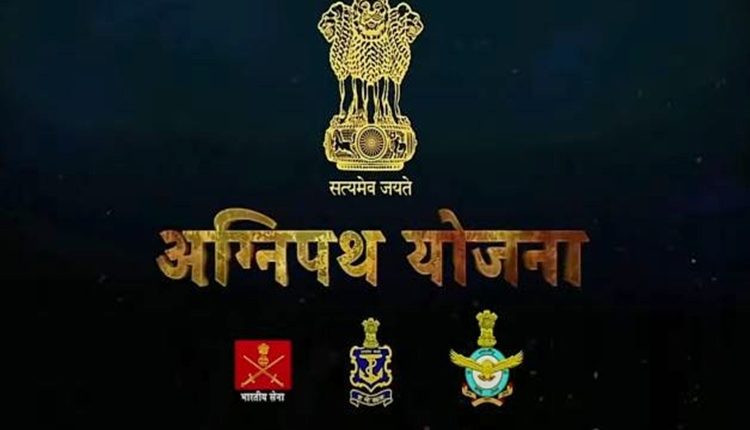 New Delhi: The Central government has extended the upper age limit for the Agnipath recruitment scheme from 21 years to 23 years.  The age waiver will be given only “one time” for the proposed recruitment cycle for 2022, informed the Defence Ministry yesterday. The decision has been taken as no recruitment had taken place in the last two years. Government has said that agniveers will be given priority in the recruitment of Central Armed Police Forces and State Police.

There is a misconception that the future of Agniveers is insecure. It said, for those wishing to be entrepreneurs they will get a financial package and bank loan scheme.

For the agniveers, who wish to study further, 12th class equivalent certificate will be given.

The Union Cabinet on Tuesday approved the Agnipath recruitment scheme which provides an opportunity for Indian youth to serve in the regular cadre of the Armed Forces for a period of four years.

Under the scheme, over forty six thousand youth will be recruited this year. The Agnipath Scheme has been designed to enable a youthful profile of the Armed Forces.

The Director-General of Federation of Indian Chambers of Commerce and Industry Arun Chawla has said that Agnipath Scheme is an innovative scheme which will strengthen the Armed Forces. Under the scheme, over forty-six thousand youth will be recruited this year.

Talking exclusively to All India Radio News, Mr Chawla said, Industries will get readymade pool of highly skilled and disciplined manpower for their operation.
It will be an unique opportunity for the youth to serve the country and contribute to Nation Building.

The dividends of a short military service to the nation, society and the youth of the nation are immense.

This includes inculcation of patriotism, team work, enhancement of physical fitness, ingrained loyalty for the country and availability of trained personnel to boost national security in times of external threats, internal threats and natural disasters.