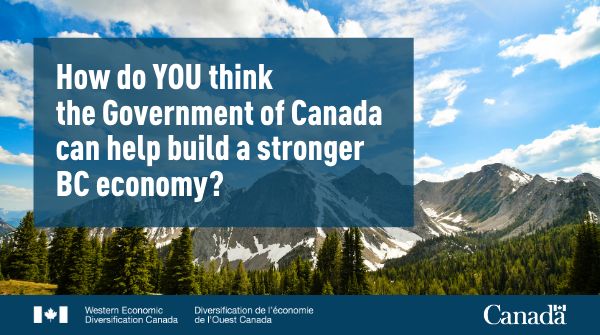 Today, the Honourable Mélanie Joly, Minister of Economic Development and Official Languages and Minister responsible for Western Economic Diversification Canada, participated in a panel session hosted by the Greater Vancouver Board of Trade that brought together a diverse group of panellists to discuss how the Government of Canada can support British Columbia’s economic growth now and in the future.

PetrSU webinar for mathematics teachers in the regions of…

This event is part of Minister Joly’s virtual engagement tour that provides Western voices with an opportunity to shape a new BC-focused agency. The panel session follows virtual roundtables held with stakeholders from the South Okanagan, Kootenays, Vancouver Island and Central Coast regions with additional roundtables planned over the next two months. In total, the Minister will participate in six regional roundtables throughout British Columbia, listening to key business and community leaders about their realities.

Addressing the unique circumstances and needs of the BC economy
For more than 30 years, Western Economic Diversification Canada has helped to build a strong, competitive West by focusing on business development, innovation, and community development in British Columbia, Alberta, Saskatchewan and Manitoba. As the domestic and global economies continue to grow and evolve, the West’s economy has also grown and become more diverse. Economic drivers and conditions in Canada’s Pacific and Prairie provinces have diverged. For the Government of Canada, this new approach of establishing separate regional development agencies for each region will provide greater flexibility to focus on unique economic priorities in BC, as well as targeted support that better meets the needs of the rest of the western provinces.

PetrSU webinar for mathematics teachers in the regions of Karelia

JKPSC conducts CCE-2021 smoothly; 85 Centres were established in both…