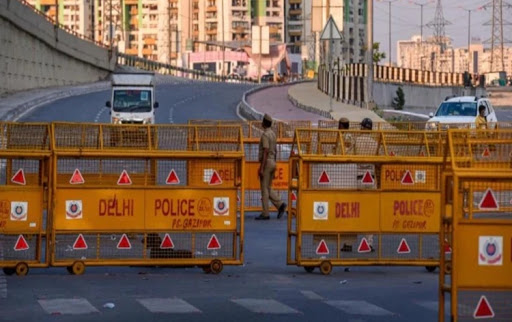 New Delhi: Government has announced the first phase of nationwide Unlock starting from Monday after the fourth phase of Lockdown ends on Sunday. Except for the containment zones demarcated by the State and Union Territory governments, the first phase of Unlock for the remaining part of the country will begin from Monday.

All activities have been allowed in green and orange zones from 5 in the morning till 9 in the evening except for few which will be opened up in a phased manner starting from 8th of next month. Starting from Monday, there stands no limitation on intra and inter state movements unless the state government decides otherwise. No separate permission or permits will be required starting from Monday for both intra and inter state movement by citizens as per the Central Government guidelines.

Starting from 8th of June the doors of temples and other religious places will be open for the devotees. Hotels , Restaurants , hospitality services and Shopping malls will also see visitors from 8th of next month after around 75 days of closure as per the standard operating procedures finalised by Health Ministry. Educational Institutions, including schools, colleges, coaching institutes will remain closed till 30th June and decision on their re-opening will be considered only after consultation of all stakeholders.

International air travel, except those permitted by Government, Metro Rail, Cinema Halls, Gymnasiums, Swimming pools, entertainment parks, theaters, bars , auditoriums, assembly places and any large congregation including religious will continue to remain prohibited nationwide. However, the state governments can impose larger restrictions than those proposed by the Centre as per their assessment.

Containment Zones will however will remain under complete lockdown till 30th June barring the essential activities. Vulnerable persons in terms of COVID infection , those above 65 years of age, persons with co-morbidities, pregnant women, and children below the age of 10 years, are advised to stay at home. Home Ministry has also advised everyone to install Aarogya Setu App in their mobile phones for helping India’s fight against the global pandemic.

iednewsdesk Jan 15, 2022
The winners of an annual prize which celebrates the best of Doric writing will be showcased in a new anthology…

University of Aberdeen: Book of Deer to return to north-east Scotland…

University of Aberdeen: Study reveals how explosion in ocean life…

University of Aberdeen: Study reveals potential of blue hydrogen to…