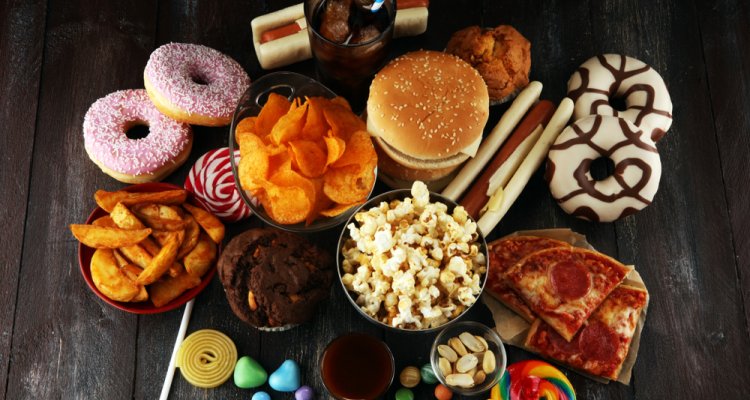 The Dutch Government is missing opportunities to ensure a healthy food environment, meaning an environment in which it’s easy for people to make healthy food choices. This is according to research by Utrecht University and Wageningen University & Research. The research calls for the government to take action. ‘For example, ban all forms of advertising aimed at children under the age of 18 for products not included in the healthy eating pyramid.’

Lowering or scrapping VAT on fruits and vegetables, introducing a sugar tax, or banning fast-food restaurants nearby schools. These are all just some of the measures that countries can use to try and create a healthy food environment. That’s why national government policy plays such a major role in how food environments are organised. This makes it an important instrument in combating obesity, for example. And it is sorely needed, given the steep rise in the numbers of people with obesity over the past few decades. In 1990 only 6 per cent of people in the Netherlands were obese, but by 2018 this had increased to 15 per cent, according to figures from Statistics Netherlands. Obesity increases the risk of developing chronic conditions such as cardiovascular diseases and type-2 diabetes, and of more serious disease progression with COVID-19.

For 41% of the policy indicators there were few policies in place, or none at all, and 50% of the policy measures were found to be weak. Little is being done to make healthy foods cheaper, for example, or to limit the advertising of unhealthy foods aimed at children. There are also no regulations in place to ban fast-food restaurants nearby schools. The only policy that merited a ‘mediocre’ rating in the expert assessment was the policy to provide training and support in the private and public sector for the provision of healthy foods.

Support for healthy food policies is an area in which more is being done in the Netherlands and the scores there were higher. 42% of the policy support indicators were rated as acceptable. The experts rated the Netherlands as acceptable when it came to funding research into diet-related diseases and the existence of dietary guidelines. There was even a ‘high’ score for having a policy on the existence of a national institute for health promotion (Netherlands Nutrition Center, National Institute for Public Health and the Environment). The research also revealed that the government is not doing enough to limit commercial influences on policy, and the experts concluded that the reduction of socio-economic inequalities in health outcomes between groups of people is not sufficiently prioritised.

The research showed that more ambitious national government policies are needed to ensure that the healthiest choices are also the easiest choices for consumers. For example, it called for the national budget to allocate more to the prevention of bad habits. It also called for a ban on all types of marketing to under-18s for any products not included in the healthy eating pyramid. Prices for unhealthy foods such as sugary drinks could also be increased through a rise in VAT or excise duties, while prices for fruits and vegetables should be lowered.

Dr Maartje Poelman, one of the researchers at Wageningen University and Research says: “We would like to present this research report to the government to enable it to improve its existing policies. A sugar tax, for example, is an effective and relatively simple policy to introduce, as has been proved in various countries including the United Kingdom. But the Dutch government continues to be reluctant to act on this.”