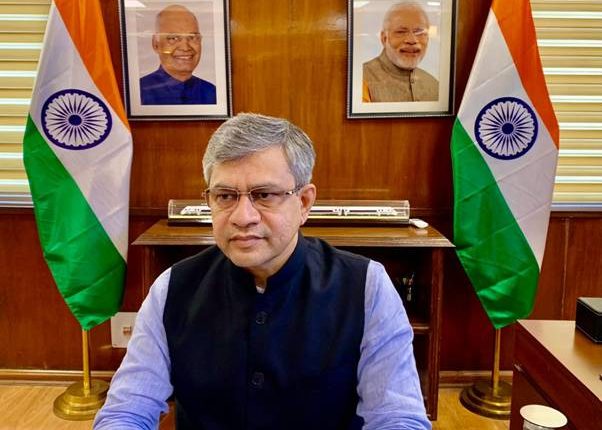 Government will support entrepreneurs and the startups in the initial risk phase which is most challenging phase : Ashwini Vaishnaw

Hoping for the enthusiastic participation in the Shri Shakti Challenge 2021, Shri Vaishnaw said, “I hope we will see many participants who will convert their concepts into products and take them to the pitching stage.” He said that we would all be partners in this journey, and the Ministry of Electronics & Information Technology (MeitY) will always be your journey towards becoming successful entrepreneurs.

The Minister further added that Prime Minister Shri Narendra Modi’s government for the last 7 years has set a new benchmark in inclusive development. Our government believes in the philosophy of ‘Antyodya’, which means inclusive development, i.e. the development of the people at the bottom of the pyramid, who have been marginalized from mainstream and people who have always been away from the progress that the country has seen in past.

Emphasising the philosophy of Sabka Saath Sabka Vikas Sabka Vishwas, the Minister reflected on PM Narendra Modi’s flagship scheme towards women empowerment. Mentioning Swachh Bharat and Ujjwala scheme, he said, “Swachh Bharat toilets are not just toilets, it is more about giving dignity to women. Similarly, Ujjwala is not just about providing cylinders, but it’s about taking away day to day pain out of the life of the common woman of our country. So these kinds of programmes can only come from a philosophy that is inclusive right in its core and a leader who is emotionally connected with the people and grass route.

Talking about the entrepreneurship and innovation ecosystem in the country, the Minister said that the number of incubators and accelerators which is around 100 at present, is not sufficient for a country of over 130 Crore population, and hence the government will be scaling up the network of incubators and accelerators to phenomenally multiple levels in the next 3 years. All of these will be professionally managed and housed in institutions, industries and places where they will add real value.

He further added that the Government would be supporting the entrepreneurs and the startups in the initial risk phase which is most challenging phase as the angel investors and venture capitalists may not like to risk their time and money. During this period of startup, the government will step in and will provide support. We are looking for a million entrepreneurs to make their mark and create new jobs.

Caltech: Methods from Weather Forecasting Can Be Adapted to Assess…

TU Delft: Researchers invent Bluetooth that keeps on working even if…