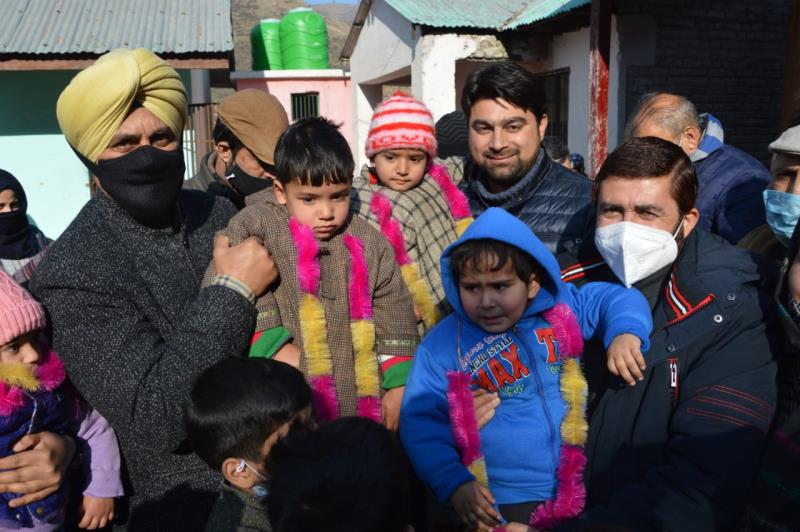 Baramulla: Chief Education Officer (CEO) Baramulla, G M Lone today informed that over 18000 new admissions have been registered during the current academic session 2020-21 in various government schools across the district.

He said out of these admissions, over 5000 are those who were previously enrolled in different private educational institutions.

The CEO made these remarks while presiding over a Community Mobilization Programme organized by the Education Department at Govt Middle School Khanpora, Baramulla.

It is worth to mention that School education department Baramulla has kick-started an ambitious community mobilization programme with an aim to educate different stakeholders about various facilities being provided in govt schools besides renewing efforts to enhance enrollment ratio in these institutions.

Highlighting various initiatives taken by the administration to enhance the quality of education, the CEO said that mass mobilization programmes are being launched at different levels through which awareness is being disseminated besides motivating the people to enroll their children in govt schools.

He informed that a survey has been launched wherein different parameters viz drop out ratio, out of school proportion among other vital aspects are being ascertained. He also reiterated that administration is committed to impart qualitative education to the students. Meanwhile, various cultural events were presented by the students which evoked quite applause from the audience. Among others, PRIs, civil society members and prominent sections of the society participated in the programme.