Some plants grow larger in the city than they do in their natural habitat. For others, the opposite is true when they take root in an urban environment.

“We don’t really know why,” says James Santangelo, a PhD student in the department of biology at the University of Toronto Mississauga. “There’s no one-size-fits-all solution to living in the city – if you’re a plant.” 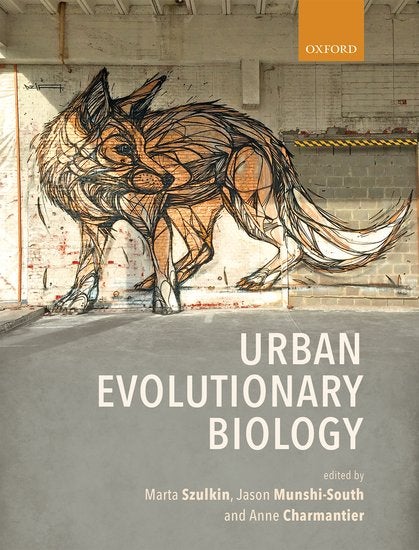 White clover is one example of a plant that grows larger in urban environments. But that isn’t the only difference between city clover and its rural counterpart.

“Some clover plants produce hydrogen cyanide and others don’t. This evolved as a plant defense – it deters insects from feeding on clover. In cities, clover produces hydrogen cyanide less frequently,” says Santangelo, who is a student in Associate Professor Marc Johnson’s EvoEco lab.

“Our hypothesis was that this occurred because there are fewer insects or small mammals eating the clover, and not as much benefit to producing hydrogen cyanide. There could also be temperature effects. Cities tend to be hotter and that melts snow in the winter. When there’s no snow, plants aren’t buffered from cold air temperatures. The lower ground temperatures could be causing the reduction in hydrogen cyanide.

“We’re still trying to figure out what the driving force is, and whether this is the same across all cities.”

Santangelo is lead author for a book chapter in Urban Evolutionary Biology, a first-of-its-kind publication from Oxford University Press that maps out this relatively new approach to studying how cities can shape species. His co-authors were Johnson, Lindsay Miles, Sophie Breitbart, David Murray-Stoker, Ruth Rivkin and Assistant Professor Rob Ness.

The new book chapter explores this idea of parallel evolution – whether the same types of evolutionary changes will be present in different urban environments. Cities can have more in common with each other than with surrounding habitat, but also retain many distinct differences in climate, density, pollution and other factors – so they provide an opportunity to identify the specific forces that are driving evolutionary change.

“We wanted to provide a glimpse into how often species are responding in similar ways in cities, and whether they are responding to the same environmental cues,” says Santangelo.

He adds that changes in plant life can have a cascading effect within the food chain. For example, their disappearance can also impact the animals that consume them. Recognizing the forces that are shaping change can help inform conservation decisions, Santangelo says.

“For example, is temperature or pollution driving a change? If species are not responding in similar ways, what is driving the differences that we are seeing?”

JEE Main exam will be conducted online from September 1-6 at 605 centers.