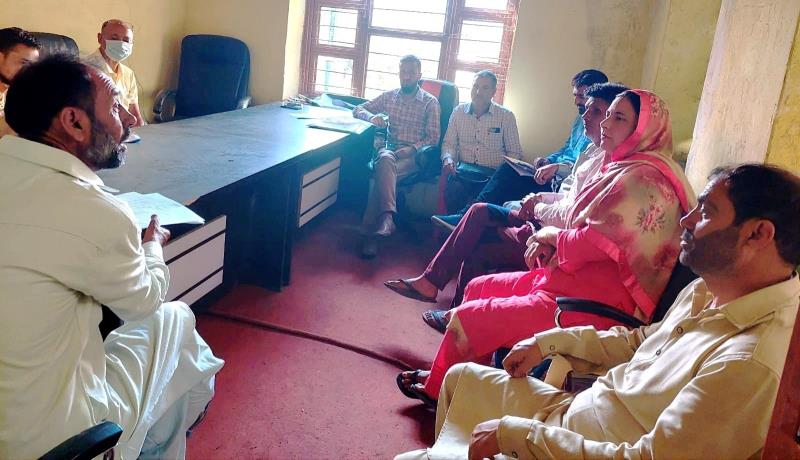 SRINAGAR : On the occasion of Gandhi Jayanti, Jal Shakti Department today organised Paani Samiti meetings as part of Gram Sabhas across J&K to discuss ways and means for providing quality tap water supply at village level under the aegis of Jal Jeevan Mission.

Mission Director, Jal Jeevan Mission J&K, Syed Abid Rashid Shah who supervised the mass campaign today said, “Jal Jeevan Mission is going to be a movement so that every area can benefit from this flagship mission”.

The Mission Director added that Government is committed to provide tap water connection to every household in Union Territory within the stipulated time frame besides augmentation of the existing infrastructure is priority of government.

During the Gram Sabhas, Paani Samiti members briefed the officials about the availability of water resources in rural areas and their subsequent scope of use for drinking purposes. They also discussed DPR formulation, augmentation of infrastructure, Greywater management and its reuse techniques with the concerned officials.

Likewise, to check the quality of water, women members of Samiti were given training on the operation of Field Test Kits (FTKs). Members were also informed that Jal Jeevan Mission provides support, empowerment, and facilitation and ensures the long-term safety of drinking water in every rural household, educational institution, Anganwadi Centers, health centers, and government institutions.

Meanwhile, Prime Minister Narendra Modi also launched the Jal Jeevan Mission mobile application and Rashtriya Jal Jeevan Kosh- which aims to improve awareness among stakeholders and for greater transparency and accountability of schemes under the initiative. The Prime Minister said that the Jal Jeevan Mission has been empowering women of the country by saving their time and efforts which was earlier consumed in covering long distances to fetch drinking water.

During the virtual conference, Prime Minister, said that from independence till 2019, only 3 crore households in our country had access to tap water. Since the launch of Jal Jeevan Mission in 2019, 5 crore households have been connected with water connections.