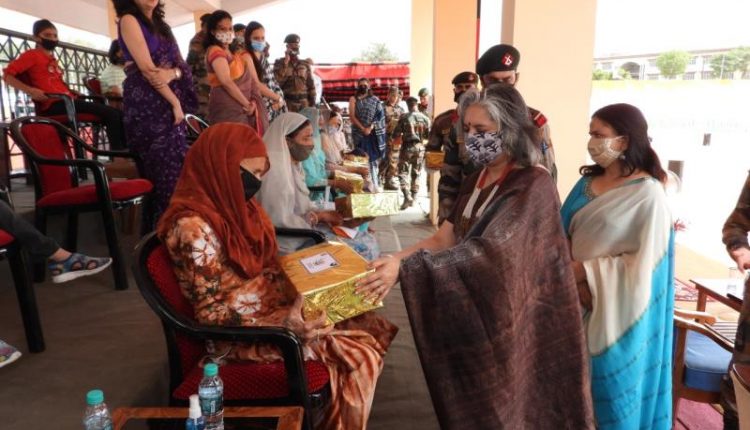 Samba: A grand ceremony was today organised at APS Samba to commemorate the Swarnim Vijay Varsh.
Amid much fanfare and euphoria, the Victory flame was received by Major General Rajesh Moghe, General Officer Commanding, Gurj Division, Chief Guest on the occasion, with full military decorum and honour.
The event started with the exquisite display of military bands. Theme based cultural programs by the students of APS, Samba were the main highlights of the day in which the students from class 1 participated.
Later, Shireen Moghe, Zonal President Army Wives Welfare Association, felicitated war veterans and Veer Naris for their valour and sacrifice in 1971 war.
In the end, Major General Moghe expressed sincere thanks to the citizens of Samba, who indeed have contributed immensely to the Armed Forces. He said that Samba has been the land of warriors and specially mentioned the contribution of two Veer Chakra awardees of the district, Hav Raghbir Singh and Capt Bahadur Singh.
A total 06 Veer Naris & 88 war veterans were felicitated. Medical camp was also organised wherein doctors did health check up and provided medicines to the veterans.