The first ever Chess Olympiad Torch Relay reached Maharashtra today and travelled through prominent locations of Nagpur and Pune. The Torch will reach Mumbai at 6:30 p.m. from where it will depart from Maharashtra to Goa tomorrow.

As India is celebrating its 75th year of independence, the Chess Olympiad torch is being taken to 75 cities of the country before reaching Chennai, the host city of the 44th FIDE Chess Olympiad from July 28 – August 10, 2022. 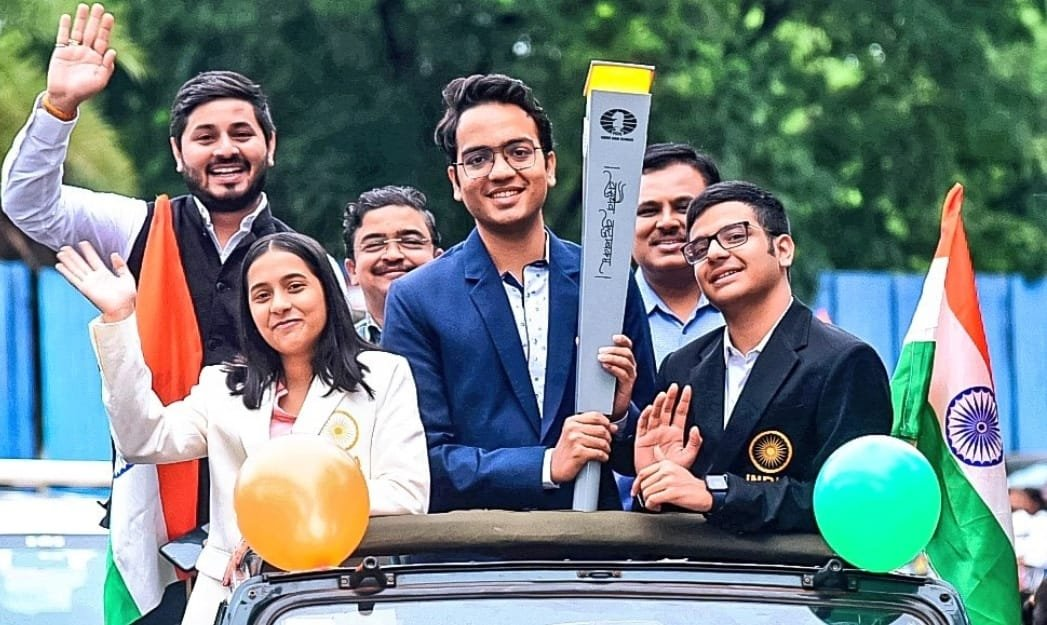 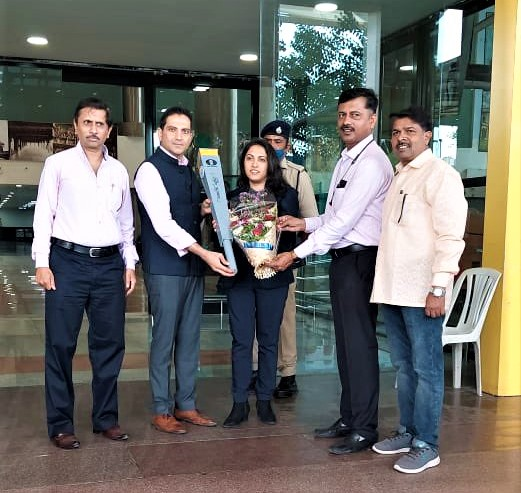 The Torch was carried by the Grand Masters to Amanora Township in Hadapsar at around 12 noon where it was greeted with a grand reception. State Sports Commissioner Om Prakash Bakoria, Commissioner, Pune Metropolitan Region Development Authority, Dr. Suhas Divase, Pune Municipal Commissioner Vikram Kumar and office bearers of Maharashtra Chess Association were also present on the occasion. 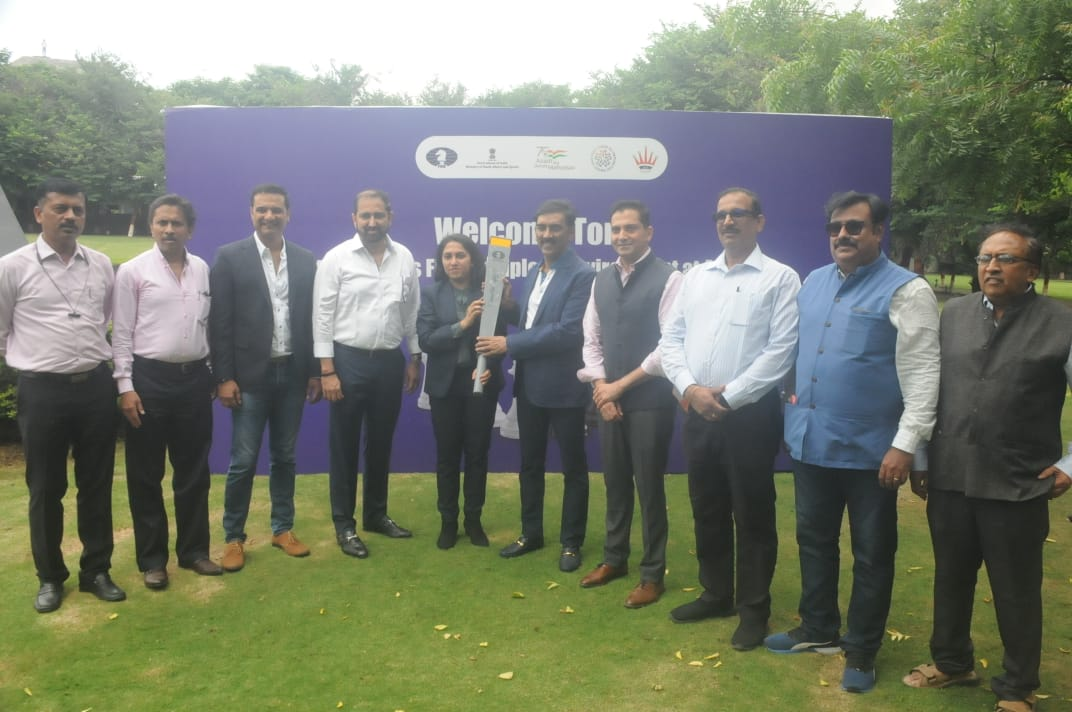 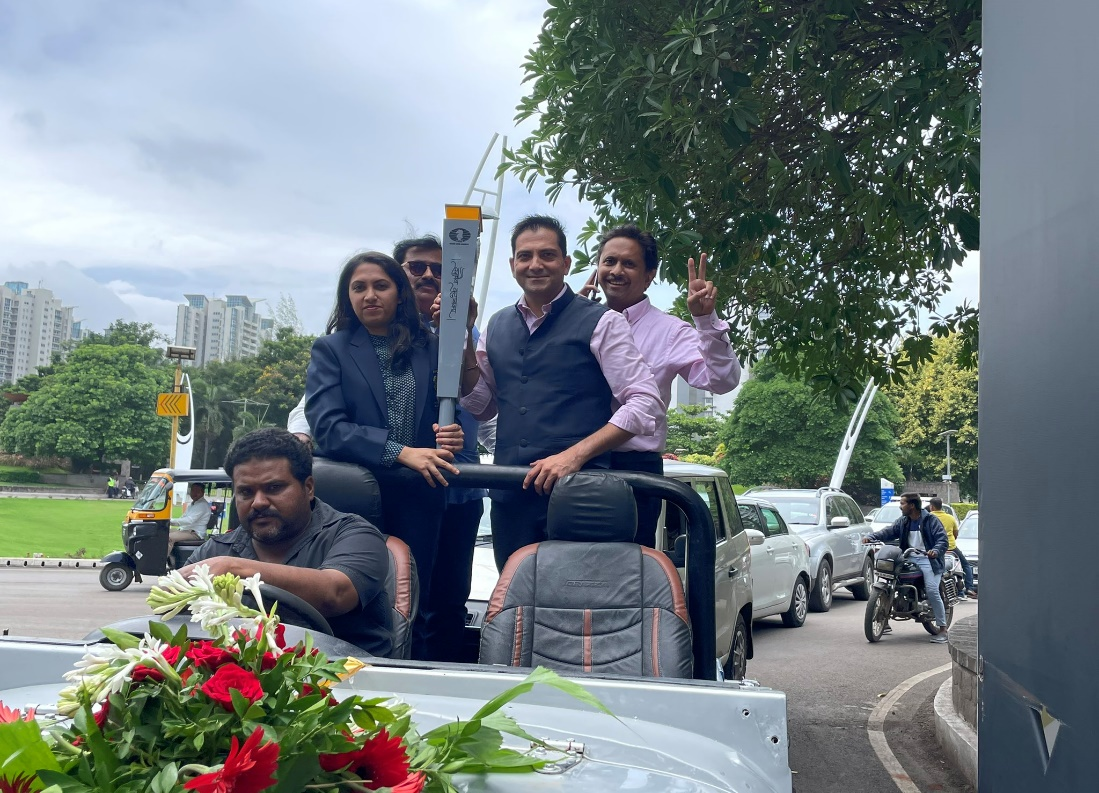 After the grand reception the flame was taken on a road journey to prominent locations in the city, including the historically significant Shaniwarwada, before commencing its road journey towards Mumbai. 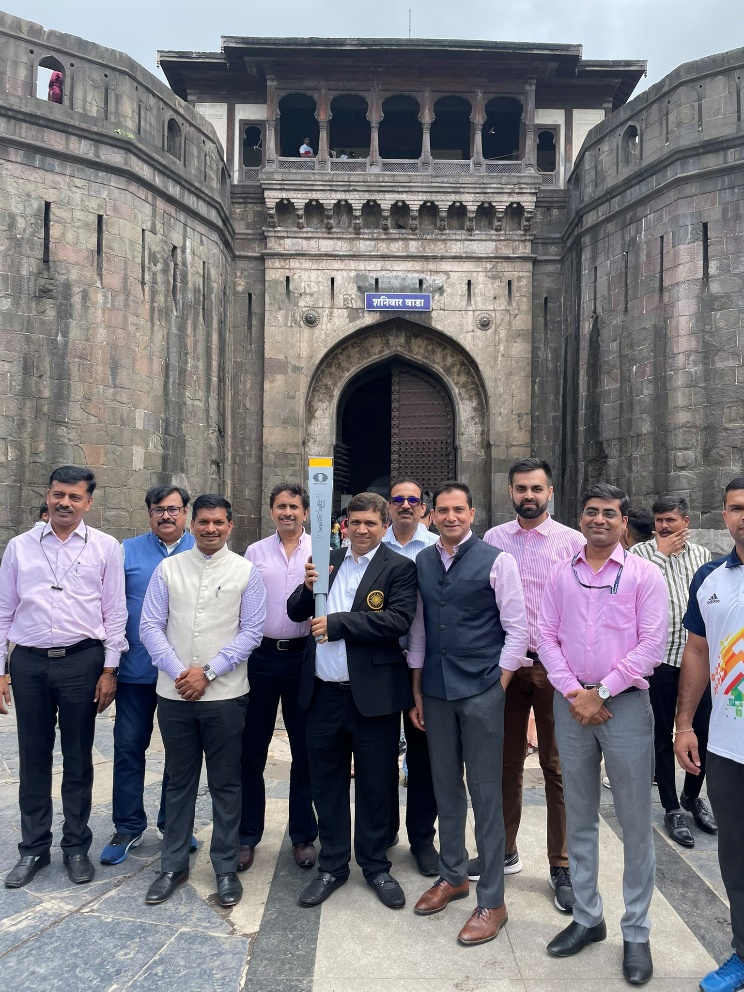 The Torch is expected to reach Mumbai at 6:30 p.m where it will be received by Grandmaster Pravin Thipsay. Grandmasters Abhijit Kunte and Soumya Swaminathan will also be present. A grand reception for the Torch has been organised at Wankhede Club at around 7 p.m.

About the Chess Olympiad Torch Relay

India has been the first-ever country to start the Chess Olympiad Torch Relay as per the Olympic tradition.  Prime Minister Narendra Modi launched the historic torch relay at Indira Gandhi Stadium, New Delhi on 19th June 2022 and handed it over to Grandmaster Vishwanathan Anand

Since its launch, the torch has travelled to iconic locations including Red Fort in Delhi, Dharamshala in Himachal Pradesh, the Attari Border in Amritsar, the Taj Mahal in Agra and the Vidhan Sabha in Lucknow and Dandi in Gujarat among others.

Hosts India is fielding 20 players at the Olympiad being held at Mahabalipuram, near Chennai. With 188 countries registered for the Olympiad, India is set to witness a huge congregation of nations for a sporting event for the first time on Indian soil.

Chess, as we know it today, traces its origin to the Indian game of Chaturanga, dating back to 6th century CE. The game spread throughout Asia and Europe over the coming centuries, and eventually evolved into what we know as chess around the 16th century.