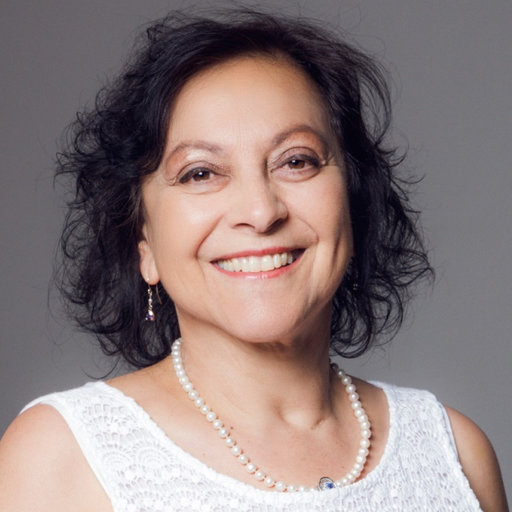 Leila Patel is Professor of Social Development Studies, University of Johannesburg. She recently penned an opinion article that first appeared in The Conversation on November 30, 2020.

Every day there is disheartening negative news about the plight of children around the world. Stories about child labour, violence against children and the ongoing struggles of millions to access good education are everywhere.

But, as we have outlined in previous research, there are a few green shoots – and potential solutions. Our new research, outlined in both an academic journal article and a book chapter, sought to evaluate the results of a family support programme delivered by social workers from the City of Johannesburg, South Africa, in partnership with the Centre for Social Development in Africa at the University of Johannesburg. The evaluation was done nine months after the programme ended.

Our results confirm that when communities, researchers and policymakers work together to strengthen and support families, both children and adults benefit.

The project in question is called Sihleng’imizi (meaning “we care for families” in isiZulu). It is designed to complement and scale up the positive benefits of South Africa’s child support grant, and to strengthen disadvantaged families to improve child wellbeing.

The programme addresses important knowledge and information gaps and skills in parenting. It covers areas such as managing the difficult behaviour of children, stress management, optimal use of resources and services, strengthening family and social support systems and learning about nutrition and money management. It was designed by the author and researchers at the Centre for Social Development in Africa.

The initial study was conducted in 2017. It involved a pretest at the start of the programme and a post-test at the end. This was targeted at child support grant beneficiaries aged between 6 and 8 and their families. The findings were published early in 2019.

The follow-up evaluation was concluded and published in July 2020 and had three main aims. First, to assess whether participants in Sihleng’imizi retained what they had learned and were able to implement these learnings nine months after the intervention ended. Second, to compare these findings with a control group that wasn’t exposed to Sihleng’imizi. And, finally, to consider the policy implications of combining cash transfers – such as the child support grant – with family care programmes.

Changing lives
We found that the intervention had improved child-caregiver and family relations, strengthened networks of social support and caregiver engagement in schooling, and enhanced parenting and financial capabilities. The findings suggest that interventions like Sihleng’imizi, when paired with cash transfers, have a great deal of positive potential.

This is because while South Africa’s expansive social grants system improves material wellbeing, and has many other positive benefits for children and families, on its own it is not able to address the other multi-dimensional needs of children and their families.

The 60 families who took part in both the initial study and the follow-up evaluation were drawn from the poorest wards in the City of Johannesburg, which was an implementing partner.

The evaluation assessed the changes according to five dimensions: child-caregiver relations, the involvement of caregivers in a child’s education, social and community connectedness, financial capabilities and nutritional knowledge, and depression symptoms among caregivers.

In all five dimensions, participants were, for the most part, able to recall and implement what they learned when attending the Sihleng’imizi programme nine months earlier. This is an important indicator of the programme’s success.

Nine months on, we found that caregivers were still implementing many of the skills and positive approaches to care, support and use of alternative forms of discipline they learned as part of the programme, such as positive communication. They talked with and listened to children, set out to solve problems together with children, and set aside quality time to spend with children.

They also prioritised praise, love and encouragement. Some stopped using corporal punishment entirely while others reduced their use of it. In its place, caregivers used the “calm down corner”, which is a technique that parents can use to help children release tension and angry feelings. It was useful in helping both caregivers and children to settle down and recollect themselves.

Building networks
Caregivers reported that their children enjoyed going to school and were actively engaged in their schoolwork. Some had seen improvements in their schoolwork, and almost all the children’s behaviour at school had also improved.

Developing and calling on support networks was a key element of the Sihleng’imizi programme. Since the programme’s end, the evaluation found, caregivers had maintained contact with other participants on a WhatsApp group, through phone calls or by meeting them at school when fetching children.

Caregivers said their involvement in Sihleng’imizi had expanded their networks and strengthened bonds with other participants. The “buddy system” that emerged from the programme helped participants to communicate with and assist one another, especially when it came to parenting.

There were notable shifts in caregivers’ attitudes to money and managing money. Since attending Sihleng’imizi, participants said they had learnt the value of budgeting and were able to implement this practice in their lives. They were also now able to save despite having meagre sources of income.

Others tried to save money by joining a stokvel (a sort of informal credit union in which members contribute a fixed amount of money to a common pool weekly, fortnightly or monthly). Many said they’d become more aware of the negative consequences of borrowing money, especially from money lenders.

Part of Sihleng’imizi focused on nutrition education, and this too appeared to be sustainable nearly a year down the line. Participants said they now recognised the importance of eating breakfast. They had also started to pay more attention to the nutritional value of food than to the time or convenience involved in preparing a meal. They also gave the impression of having a good understanding of what constitutes a balanced meal for children. The control group also reported changes even though they did not have access to the programme. For this reason the nutrition results are treated cautiously.

One area of concern was depression among caregivers. There was a slight uptick in depressive symptoms during the follow-up evaluation. This may have to do with the continued pressures of parenting in vulnerable circumstances and points to a continued challenge that requires further intervention.

Moving forward
Although Sihleng’imizi had many positive outcomes, we do recognise that the COVID-19 pandemic and associated restrictions will have undermined many of these gains. Evidence from other research has shown how the pandemic and lockdown left many families struggling with income poverty and food insecurity.

Overall, the findings of the follow-up evaluation show that social assistance policies ought to be complemented with child and family welfare services of this kind. This would address the broader care needs of families receiving the child support grant.

A comprehensive preventative family and community-based intervention such as Sihleng’imizi could be scaled up in urban areas using existing social service and development infrastructure. But it’s not clear what dynamics may be at play in rural contexts, and further research is needed to test the programme’s efficacy in rural areas.

*The views expressed in the article is that of the author/s and does not necessarily reflect that of the University of Johannesburg.