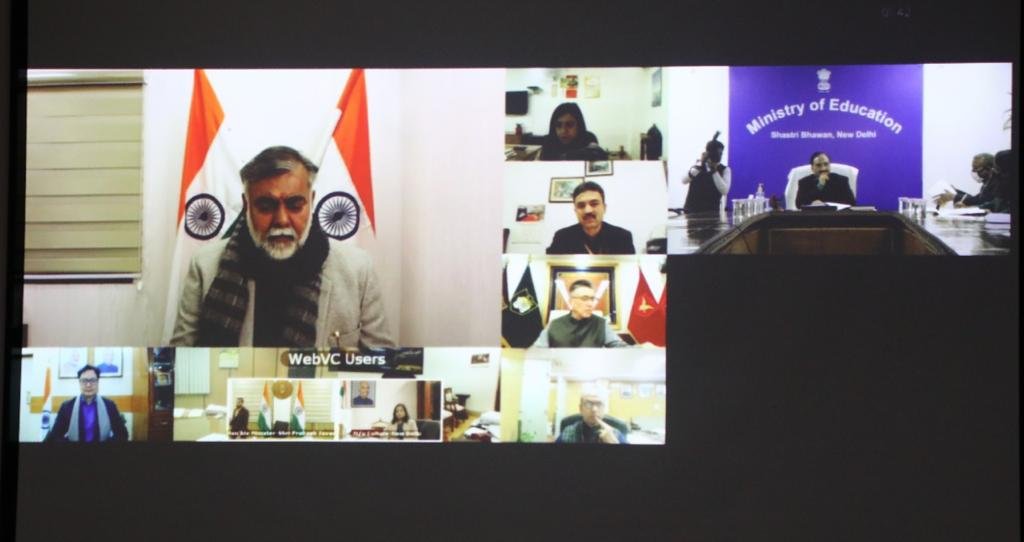 Shri Pokhriyal highlighted that the Prime Minister Shri Narendra Modi has envisaged that EBSB programme will unite the countrymen and promote harmony and bonding. During the “Mann Ki Baat” program on October 25th this year, Prime Minister had appealed to his fellow countrymen to visit the EBSB Website and to upload their local dishes on the recipe corner of the website. The Minister said that the people of this country have shown great interest and actively participated in it, with over 1000 recipes being uploaded on the portal.

Shri Pokhriyal emphasized that the EBSB program should be taken further to celebrate the commemoration of 75th year of country’s independence. In this regard, he requested each partner ministry to provide suggestions and devise an action plan exploring new initiatives that can be taken up under EBSB. He urged participating ministries to identify sub themes under EBSB and prepare a yearly calendar of EBSB events. He added that progress of the EBSB activities organized by the Ministries will be reviewed every three months.

Speaking about New Education Policy, the Minister said that it lays emphasis on learning various languages by involving students in fun activities so that they have better understanding of different languages. Minister said that ‘Aaj ka Vakya’ is a very good initiative that needs to be further strengthened.

Shri Prakash Javadekar emphasized that branding of EBSB must be done to enhance its visibility among the wider public.

Shri Prahlad Singh Patel informed that to promote EBSB, the Ministry has already identified 100 tourism places where educational institutions can explore and study the sites, their history, scientific contributions, traditions and literature to enlighten the students about these areas.

Shri Kiren Rijiju said that Youth National Integration Camp is the powerful tool to foster the spirit of EBSB among youth across the country. He called upon everyone to carry on with the essence and mandate of Ek Bharat Shrestha Bharat in a pro-active manner.

The major EBSB initiatives taken by the partner Ministries/ Departments:

15 lakh students from higher education participated in activities of EBSB.
5 Youth festivals and 16 students exchange programs were organised.
More than 980 online activities were carried out under EBSB in HEIs.
1488 institutions have set up EBSB Clubs, 809 EBSB Days observed

Process of travel concession to Ek Bharat Shrestha Bharat (EBSB) participants simplified. As a special case, the condition of monthly income limit of Rs. 5000/- also exempted for availing concession by the participants of EBSB