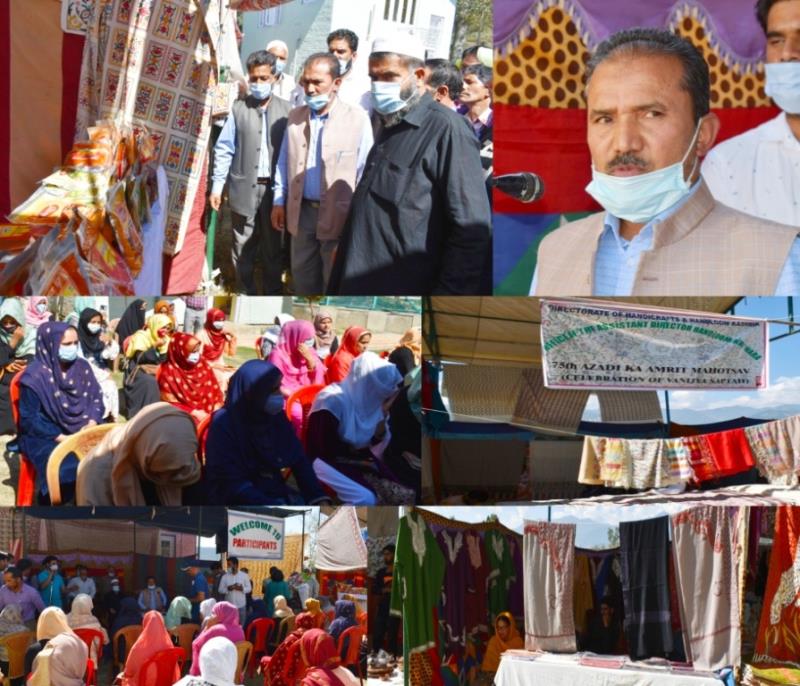 A large number of Artisans including unemployed educated girls of the district participated in the Exhibition.

On the occasion various speakers threw light on the different schemes initiated by the Government from time to time to further boost the Handicraft and Handloom sector.

Various stalls were established at the venue to showcase the Handicrafts and Handloom items.

The AC R on the occasion stressed upon the educated unemployed girls to come forward and take advantage of government schemes.