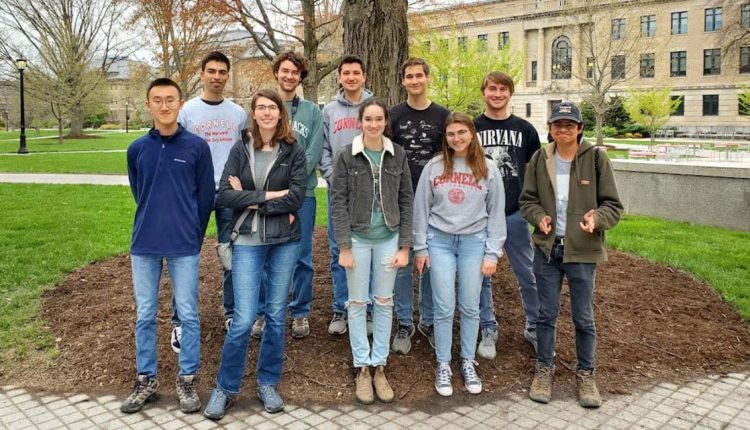 On May 14, Cornell students will again compete in the annual World Series of Birding – but this year, the world will get to follow along.

Producers from HBO’s award-winning “Real Sports with Bryant Gumbel” will shadow Cornell students, along with three other teams, to capture the passion, skill and joy of birding at the highest level.

“I think people will definitely see a side of birding that’s not what they imagined,” said participant Benjamin Hack ’25, a biology major in the College of Agriculture and Life Sciences. “But hopefully the producers will also be able to capture some of our passion, both for the birds themselves and trying to protect them, for making sure that other people can enjoy this in the future.”

Sponsored by the New Jersey Audubon Society and now in its 39th year, the World Series takes place over 24 hours, from midnight to midnight. Teams compete to identify the most species throughout the state or in Cape May County. Hundreds of birders participate each year – more than 75 teams are currently registered – and the funds raised go towards research and conservation.

Two Cornell teams, both named the Redheads, will participate in the statewide competition, which will involve traversing every part of the state – beginning in northern Sussex County, traveling down to the meadowlands and marshes outside New York City, and then to the south and coastal areas. To prepare, students are spending two days scouting in the state and are scouring and analyzing data from the Cornell Lab of Ornithology’s eBird app, a widely-used citizen science project that allows birders to access and log data about the location of birds. The students expect to see around 200 species.

More than competing, the students look forward to the challenge. “I’m excited for the endurance part of it, to see if I can stay on my toes for all 24 hours,” said Ryan Zucker ’25, a biology major in CALS. “And I’m looking forward to seeing that huge diversity of habitats and birds. I’ve always wanted to participate, and now I’m finally getting the opportunity.”

With the added exposure, students said this year’s competition is also a chance to showcase their love of birding. “It’s the massive-scale phenomena and the really tiny individual observations,” said Hack. “It’s the fact that something unexpected could happen any time you’re out, and the exposure to all kinds of nature and places you’d never go otherwise.”

Chapman Downes, director and senior producer for “Real Sports,” said they were interested in following the Cornell teams because of Cornell’s reputation for research on birds, and the importance and popularity of the eBird app – some of the same things that drew the participating students to attend Cornell.

“The [Lab of Ornithology] was huge in my decision, but birding at Cornell is also bigger than the lab and the research going on there. It spills over into the Birding Club, and events like the World Series and the classes offered, and the undergrad community around birding,” said David Benvent ’24, an environmental and sustainability major in CALS who participated in the World Series in high school. “The thing that’s most fun about the World Series is doing it with your friends. And you become much better friends at the end of the 24 hours.”

“Real Sports with Bryant Gumbel” airs monthly and is now in its 28th season. The episode featuring the World Series of Birding will air in June or July and will be available on HBO and HBO Max.

“This is just the kind of story we look for,” Downes said. “We want to feature people who are passionate, who care, and who are doing something really interesting and unique. I think our audience will be really interested to get a view into this world and into birds in general – the more we looked into this, the more we realized there’s so much to learn.”

The Cornell teams can be supported through the Cornell Lab of Ornithology. Contributions will go towards undergraduate research.