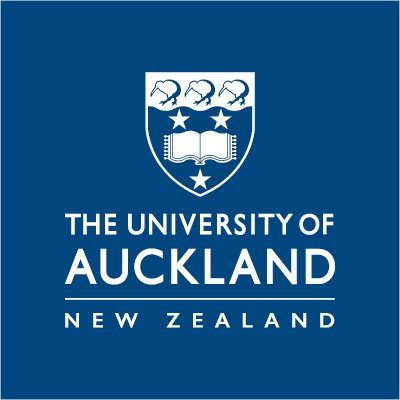 Helen, an internationally acclaimed expert on writing in all genres, lectures in English in the Faculty of Arts and is an affiliate of the Centre for Arts and Social Transformation in the Faculty of Education. She is a scholar and a poet whose passion is helping others improve their writing, especially academic writing.

Originally from Southern California, she has lived in New Zealand for nearly 20 years with her Kiwi husband, Dr Richard Sorrenson. Her popular book The Writer’s Diet was published by Auckland University Press in 2015 and is supplemented by a website (writersdiet.com) that she says attracts around 100,000 visitors a year from all over the world. Through the website, writers can paste their text into an analysis tool that determines whether their prose would benefit from tightening up.

“The website tool is popular but you have to cut and paste a chunk of text into it, which can be unwieldy,” says Helen. “I had an idea about ten years ago that it would be great to be able to analyse a whole Word document on your own desktop. Unfortunately, I’m not a coder, so it was a great idea but didn’t go anywhere.”

Until now. A philanthropic gift from Dr Beate Schuler, a major donor to the University in science and education, provided funding for Helen and her colleagues to develop improved resources for writers. The grant allowed her to contract the software development required to launch an improved Writer’s Diet tool.

“The new Writer’s Diet app sits on your menu bar in Microsoft Word and you activate it once you’ve written something that needs checking.”

The add-in can be downloaded by anyone who has Microsoft Word installed and it’s free.

Helen points out that it’s not a spelling and grammar correction tool like Grammarly.

“It’s much more holistic and tries to get writers to think about their writing and see bigger patterns. It uses a unique algorithm to scan the document and create a kind of heat map that reveals what parts of the document need attention.

But she says there’s only so much that algorithmic tools will pick up.

“Once the problem areas have been highlighted, it’s up to the writer to use that knowledge to improve their document. Even though people want to be able to click a button and fix their prose, it won’t do that.”

Once the problem areas have been highlighted, it’s up to the writer to use that knowledge to improve their document. Even though people want to be able to click a button and fix their prose, it won’t do that.
Professor Helen Sword, author The Writer’s Diet
Faculty of Arts, University of Auckland
Helen advocates reducing ‘zombie nouns’, or nominalisations, which are nouns created in place of verbs or adjectives by adding a suffix such as -ion, -ment or -ance. Her TedTalk on the subject has been viewed more than 960,000 times. She says academics, business writers and lawyers love zombie nouns, but they tend to weigh down otherwise active sentences.

The Writer’s Diet add-in cheerfully points out an overuse of zombie nouns. “It lights them up with colour when you have a lot of nominalisations. The tool isn’t saying ‘get rid of all of them’, because that would be impossible. It simply alerts you to the problem. It encourages you to reflect, learn, change and grow.”

Helen created the tool mainly with academics in mind, but since writing the original The Writer’s Diet book she has been surprised by who has used it and expects the same could be true of the app.

“I get emails from people who use it for their novels or screenplays, even report writers at the United Nations. My favourite email was from a woman in the UK who contacted me to say she gives free copies of the book as a prize in the online courses she teaches for dog trainers.”

Speaking of dog training, Helen’s using a lot of active commands herself at the moment – including sit, stay and dance – with the recent acquisition of Freddie, a one-year-old bichon frise.

“Apparently if you’re a dog trainer you’ll have all these great techniques that you want to write about for dog owners. But you’re probably not trained as a writer. The book helps the writer keep things concise.”

“Academic writing is an ongoing and, to some extent, controversial issue. There are pressures to use big words, long sentences, abstract language and jargon.”

Helen says the biggest danger comes when people move into advanced postgraduate work, “where they start to get rewarded for writing in a certain opaque way”.

“After a while you don’t even notice that you’re no longer able to communicate like a normal human being!”

She says people shouldn’t, however, take her online tool too seriously. There’s a touch of humour to its analysis, while at the same time pointing out where writing could be tightened.

“It’s an algorithm. It has no brain but you have a brain, so you need to use your judgement.”

The next phase will be an advanced version that allows people to adjust the algorithm themselves.

“If you are a journalist or a lawyer or a scientist and you didn’t feel that my version quite got things right, you can change the words it analyses.”

Helen, who is half-time at the University, has held writing workshops at around 100 universities in 20 countries but Covid-19 has meant that work has moved online.

“During lockdown, I offered a free workshop called ‘writing in the time of Covid-19’, a play on the novel Love in the Time of Cholera. I ran it three times over three days so people in any time zone could attend live.”

Hundreds of people from about 40 countries joined the Zoom.

“That made me realise there is a hunger out there among academics and PhD students, especially, who are really desperate for an international community of writing. I’ve offered that kind of support locally and at individual universities but now I’m doing it on a global scale.”

She has a free newsletter, a YouTube channel called Helen’s Word, runs writing workshops and does consulting work for universities via Zoom.

“The Writer’s Diet app was funded through a philanthropic grant, so the basic version will always be free. I’m offering a free masterclass on 10 December called ‘Teaching with The Writer’s Diet’ which explains to teachers how to coach writers using the new app.

“I’m an educator. I want to get these writing tools out there to as many people as possible.”