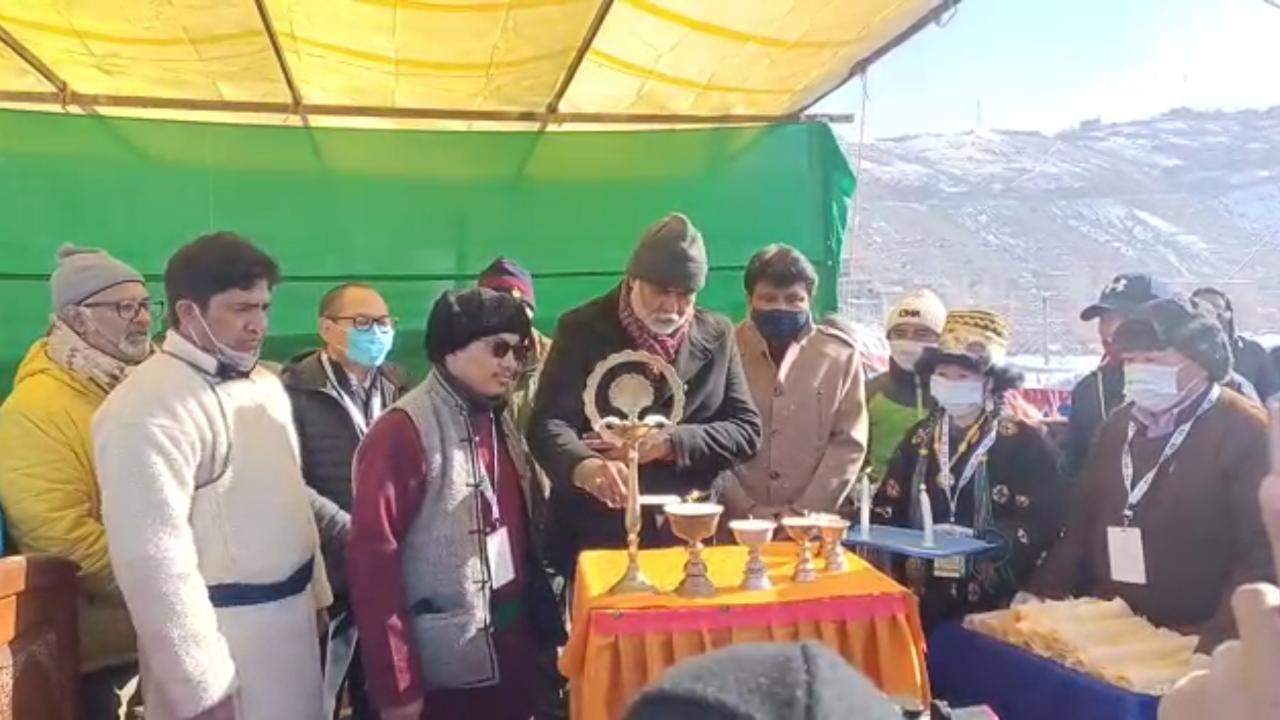 High quality infrastructure of international standards to be provide at Kargil to promote tourism, a branch of IISM to be set up: Union Tourism Minister

New Delhi: Union Minister of State (IC) for Tourism and Culture, Shri Prahlad Singh Patel inaugurated the National Tourism Day at Ice Hockey Rink Biamathang in Kargil district of the Union Territory of Ladakh today. The Union Minister announced the setting up of a branch of Indian Institute of Skiing and Mountaineering (IISM) there in order to encourage and groom the local talent and realize the dream of Atma Nirbhar Bharat.

The Minister added that the narrative to the outside world should go that Kargil is not a war zone rather a peaceful zone. He further added that the Central Government is determined to provide every necessary infrastructure in Kargil, so that an international level skiing and mountaineering institute is established. A thoughtfully planned world class adventure sports destination in Kargil will be established by nurturing local talent through the best of education in the field of mountaineering, skiing, ice hockey and other winter sports, he further added.

The district of Kargil will get to benefit from the good opportunities of winter tourism and it also has the potential to be represented internationally. Shri Patel said the Government is committed to protect the interests of the region and there is a need to train the local players through these skiing courses. He also appealed the students to enroll in the courses of Indian Institute of Tourism and Travel Management (IITTM) for professional courses in hospitality.

The minister reiterated that the Government of India is fully committed to create international level tourism infrastructure in the district so that a feasible environment is created for tourism and employment opportunities, and to bring back to Kargil its glory.

Member Parliament Ladakh, Shri Jamyang Tsering Namgyal said that under the leadership of Prime Minister Narendra Modi, the Central Government is determined to bring development in all sectors of the newly formed Union Territory. He said that there is a lot of potential in Kargil for a variety of tourism and adventure tourism activities.

The MP added that holding of winter festival at Zanskar and celebration of National Tourism Day besides the start of various winter sports workshops and tournaments in Kargil and the visit of the Union Minister despite the harsh winter season reflects the Central Government’s commitment for the promotion of Tourism in Kargil. Mr. Jamyang asserted that tourism in Ladakh should be rural centric and more guest houses should be made and the government has provided necessary provisions for it also.

Commissioner Secretary (Tourism) Ladakh Shri Rigzian Sampheal said on the occasion that tourism has a large share in Ladakh’s economy and since the Union Territory was established, multiple important decisions were made in this regard. In the erstwhile state, the budget was 12 crore which has now been increased to 250 crores, showing the seriousness of the government towards the development of the sector, Shri Sampheal added.

Thanking the Union Minister for the announcement of IISM for the district, Shri Feroz Ahmad Khan said that such steps by the government will help promotion of tourism in the district. Terming the visit of the Union Minister in harsh winter as a milestone, Shri Khan said that such visits are helpful in breaking down the stereotype of a volatile warzone.

The final matches of the IISM Cup under National Events of Adventure Tourism (NEAT) Kargil 2021 were played during the day. The Union Minister honored the winners and participating players with medals.

A cultural function was also organized to mark the celebrations.