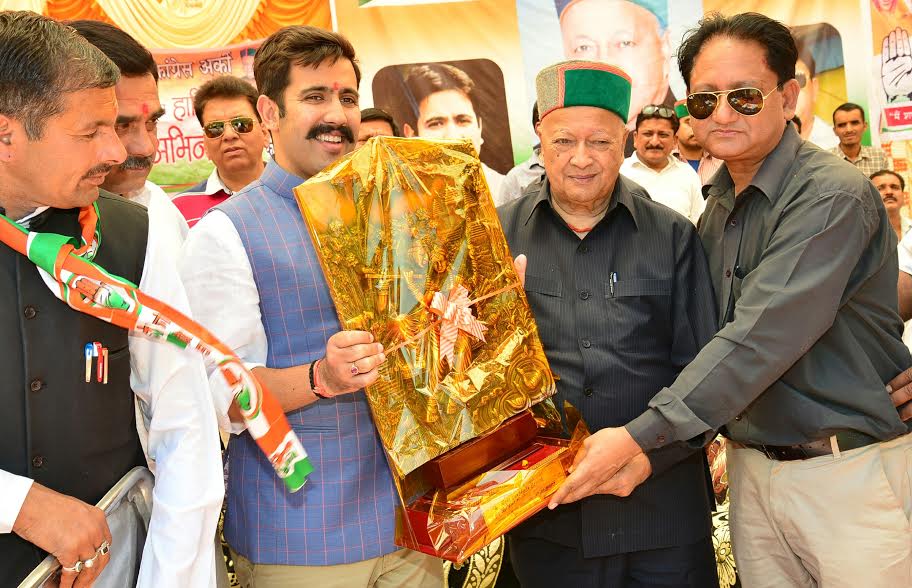 He also announced a sum of Rs 10000 each for children of GSSS Bani Maternee and Panjal for encouraging cultural activities.

He congratulated the people for putting efforts together for construction of helipad at Balera, which could be utilized for organising fairs and as playground.

Shri Virbhadra Singh said that adequate funds were available with the government and had been sanctioned for the schemes and development projects, the foundation stone of which were laid today.

Nyumi partners with Kriti Sanon for their first-ever brand…

The Chief Minister said that the state government had announced un-employment allowance to the educated youth of the state recently under which a sum of Rs. 1000 per month would be given to the un-employed youth and Rs 1500 to the physically challenged. Apart from this, under Kaushal Vikas Allowance, a provision of Rs. 500 crore had been made to train the youth and make them employable after training.

He said to strengthen educational sector, 122 degree colleges had been opened in the state. The government believes in making entire society educated and particularly ensuring that the girls get quality education. He said that all the colleges and schools opened were well attended. The girl students were getting opportunity to pursue higher studies near to their homes. A new revolution had been seen in this sector and the people now had realised that educating girl child was equally important.

As far as health sector was concerned, he said three medical colleges apart from existing two were opened in the state. The forest clearance was awaited for running medical college at Hamirpur. Besides, Medical College at Ner Chowk in Mandi would soon be made functional. Apart from this, All India Institute of Medical Sciences had been sanctioned to be opened at Bilaspur.

He exhorted people to stay away from rumours and stop leg pulling within the party from the constituency. He said that despite false cases framed on Chief Minister, it was for sure that he would certainly come out clean of all the cases.

He also urged for opening ITI at Balera and degree college at Jai Nagar. Besides, he urged for opening ITI in Saur Panchayat, Ayurvedic dispensary at Manjyat in GP Dewra. He credited the development of the area to the Chief Minister and thanked him for dedicating projects to with 65 crores in the area.

Nyumi partners with Kriti Sanon for their first-ever brand campaign