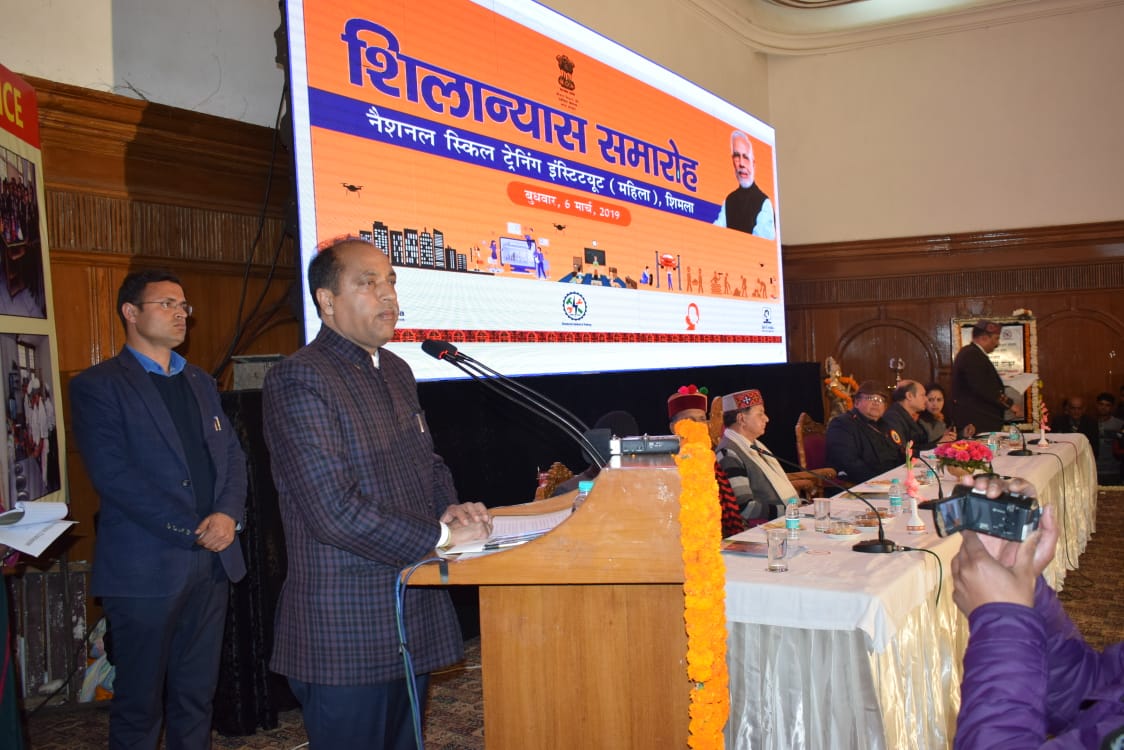 Shimla: The state government is laying special stress on skill upgradation of the youth of the State in order to provide trained and skilled workforce for ensuring that they become job providers instead of job seekers.

The Institute has been sanctioned by the Union Ministry of Skill Development and Entrepreneurship, Directorate General of India and is presently functioning in a building adjacent to DIET campus Shamalaghat, in Shimla district.

Jai Ram Thakur said that Prime Minister Narendra Modi has laid special stress on skill upgradation of the youth of the country as the nation in the years to come was poised to emerge as a biggest skilled workforce creator for the world. He said that this institute would not only help in skill enhancement of the girls but also go a long way in women empowerment.

He said that the state government has provided around seven acres of land free of cost for construction of permanent campus of NSTI for women at Jhundla, near Shimla. A state of art campus would be coming at this piece of land at a cost of Rs. 27.95 crore. This building would be completed within a year. He also assured all possible help from the state government for early completion of the campus.

Jai Ram Thakur said that this campus would house institutional block, residential block equipped with modern hostel facilities for girls, a guest house having provision for further expansion. He said that the building would be eco- friendly having solar panelling and rain water harvesting structures.