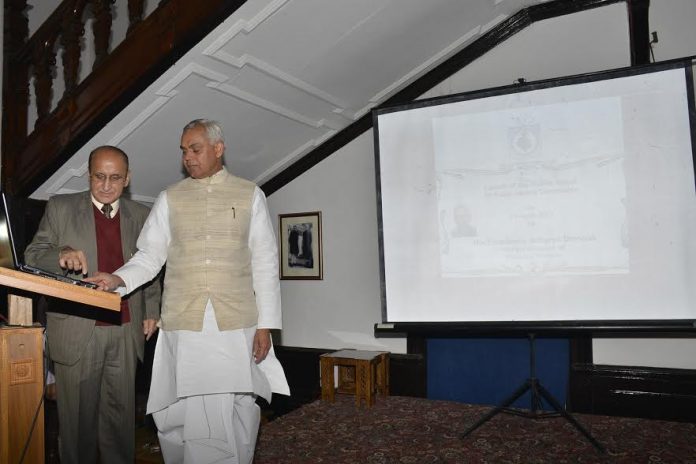 Shimla: Governor Acharya Devavrat today launched a mobile application of HP Public Service Commission from Raj Bhawan. Speaking on the occasion, the Governor said in the era of science and technology it was must for everybody to adopt new technologies for development of the individual and society as a whole.

Appreciating the efforts of Chairman, HP Public Service Commission Shri K.S. Tomar for developing this mobile app, he said that it was a big initiative to equip its employees with latest technology which other departments should also follow it.

The Governor said that mobile app facility would provide information easily and would bring transparency besides helping the youth of the State particularly those residing in the far-flung areas.

Acharya Devvrat also felicitated the people of the State on the auspicious day of Baisakhi festival.

Shri K.S Tomar said this mobile app was for the benefit of State Government employees and aspiring candidates enabling them to get alerts in real time on every notification issued by the Commission regarding advertisements, vacancies, exams, results, answer keys, application etc. He said that it has been developed by the NIC, HP Unit. The app would specially benefit the candidates of rural candidates in keeping update with the advertisements, vacancies and submitting their applications on time.

He thanked the Governor for launching mobile app of the Commission.

Shri Sandeep Sood, scientist of the NIC gave power point presentation about mobile application and briefed about its special features.

McGill University: Measuring the social impact of disruptive weather, plus other...