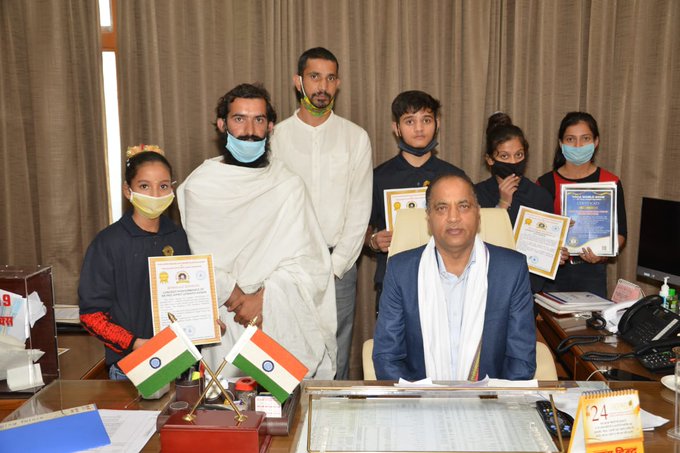 Shimla: The State Government has constructed 10 thousand houses during the last two and a half years under various housing schemes in the State. This was stated by Chief Minister Jai Ram Thakur while interacting with the beneficiaries of housing schemes through video conferencing from Shimla today.

The Chief Minister said that Himachal Pradesh was the only State in the country which had been providing an amount of rupees one lakh and 50 thousand to each beneficiary for constructing the house. He said that initially this amount was rupees one lakh and 30 thousand which was enhanced by the present government during the previous financial year for all the rural housing schemes. He said that during the current financial year an increase of Rs. 20 thousand has been made under the Pradhan Mantri Awas Yojna (Urban) Scheme also.

Jai Ram Thakur said that the government has set a target to construct 10 thousand new houses under various housing schemes in rural and urban areas of the State to facilitate the needy and poor people. He said that this target was almost double as compared to the beneficiaries covered under these schemes during the last financial year. He said that not only this, the Government was also allowing the beneficiaries to avail 95 days under MNREGA to construct their houses under these schemes.

Jai Ram Thakur said that it was dream of every person to have his own house and the State Government was providing assistance to the needy to make their dreams come true. He said that not only this the government was also providing free water and electricity connections to the beneficiaries besides other facilities.

Chief Minister said the COVID-19 pandemic has posed challenge before the whole world but India was fortunate to have a strong and farsighted leadership in form of Prime Minister Narendra Modi. He urged the people to adopt all preventive measures such as use of face masks and sanitizers besides maintaining social distancing. He said that the steps taken by Himachal Pradesh Government to tackle this crisis were appreciated by the Prime Minister.

Rural Development and Panchayati Raj Minister Virender Kanwar while welcoming the Chief Minister said that it was the endeavour of the Chief Minister that everyone in the State has its own house where he could live with dignity and pleasantly.

Director Rural Development and Panchayati Raj Lalit Jain conducted the proceedings of the interaction and also detailed various schemes launched by the department for the benefit of the people.