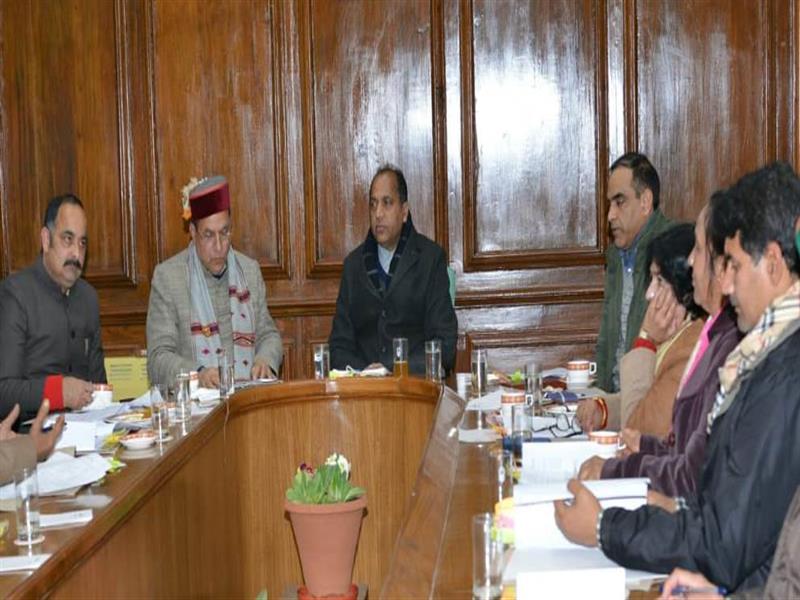 Himachal Pradesh mulling to open Sanskrit University in the State

Shimla: The State Government was contemplating to open Sanskrit University in the State to promote Sanskrit language in a big way. This was stated by Chief Minister Jai Ram Thakur while presiding over the meeting of Himachal Pradesh Sanskrit Academy here today.

Education Minister Suresh Bhardwaj said that the role of Academy was vital for promoting and publicizing Sanskrit language in the State. He said that the Government would provide all possible help to the Academy for undertakings its activities effectively.

Director, Higher Education Dr. Amarjeet Sharma welcomed the Chief Minister and other members of the Academy.

Dr. Bhaktvatsal Sharma was elected Secretary of the Academy.

Principal Secretary Education K.K. Pant and other senior officers were also present on the occasion.