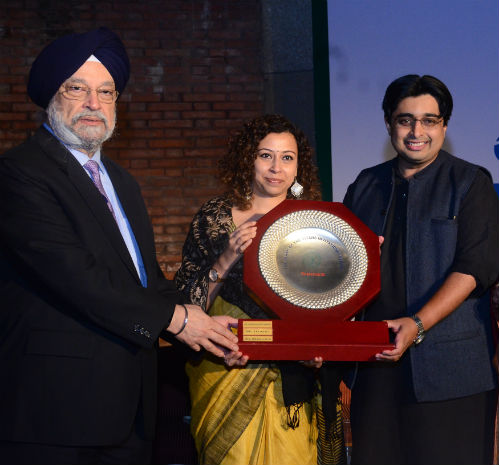 New Delhi: The Old Students’ Association (OSA) of Hindu College was established in 1958. Since its inception, the Association has been active in bringing the eminent alumni of the Hindu College, Delhi on one platform.

Mr. Hardeep Singh Puri, Hon’ble Minister of State (Independent Charge) in the Ministry of Housing and Urban Affairs, Government of India was the chief guest on this occasion.

Speaking on the occasion, Mr. Ravi Burman, Secretary, OSA, Hindu College said “We are pleased to organize ‘The 5th Clash of The Titans Invitational Debate 2017’ competition and have distinguished guests & participants from different walks of life who have brought laurels to their alma mater through their achievements. The Titans cup debate is growing in influence each year and this year women speakers out-numbered the men and had a larger number of youthful debaters being showcased. We look forward to similar engagements each year. We are grateful to all the college authorities and the alumni for making this event a success”.