Keeanga-Yamahtta Taylor, a professor of African American studies at Princeton University, has been awarded a 2021 MacArthur Fellowship. 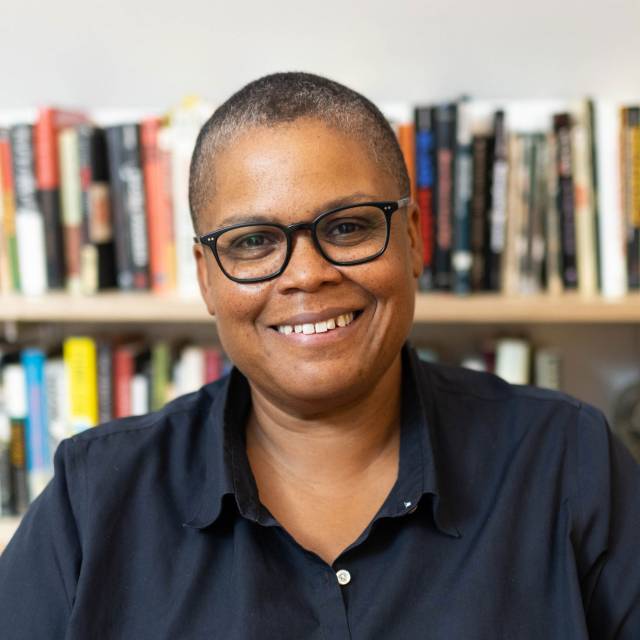 Taylor is among 25 scientists, artists and scholars across the country who each will receive $625,000 in unrestricted grants over a five-year period from the John D. and Catherine T. MacArthur Foundation. Fellowships are awarded annually to talented individuals in a variety of fields who have shown extraordinary originality in and dedication to their creative pursuits.

“Keeanga-Yamahtta Taylor’s bold and original scholarship has established her as one of America’s most influential commentators on questions of race and social justice,” said Princeton University President Christopher L. Eisgruber. “All of us at Princeton applaud her well-deserved selection as a MacArthur Fellow.”

“This award rightly recognizes Professor Taylor’s pathbreaking scholarship that has shaped our understanding of the Black Lives Matter movement and redefined how we think about the history of housing policy in this country,” said Eddie Glaude Jr., the James S. McDonnell Distinguished University Professor, professor of African American studies and department chair. “What wonderful news!”

MacArthur Fellowships are among the most prestigious private grants in the nation. Taylor received the fellowship from the Chicago-based foundation for her work analyzing the political and economic forces underlying racial inequality and the role of social movements in transforming society.

Taylor said the honor is an affirmation of her approach toward her scholarship — which includes both academic and public audiences — and the value of its content. She also called it an important milestone for Princeton’s Department of African American Studies.

“I hope it gives more attention to African American studies as a serious discipline — as a way of looking at the world and writing about the world,” she said.

When she received the call about the fellowship, Taylor, who lived in Chicago for many years, said she was “ready to do combat” thinking the 773 exchange belonged to a telemarketer spoofing her phone number.

“I picked up the phone very tersely, and the guy was like, ‘I’m from the MacArthur Foundation.’ Then there was a moment of confusion, like, what do they want?” she said. “It went from preparation to combat to confusion to then, what the, oh my God, this is crazy. And my 5-year-old is looking at my rapidly changing facial expressions like, what is happening? I’ve been pretty much in a state of disbelief since then.”

HKU has the greatest share of nine research laboratories…

Taylor is a scholar of racial inequality in public policy making and the various ways that Black communities have challenged or resisted these constraints. She writes extensively on race and politics, Black social movements and organizing, and radical activism and politics.

Her first book, “From #BlackLivesMatter to Black Liberation” (Haymarket Books, 2016), examines the origins and trajectory of Black Lives Matter, situating the movement within the context of the decades of stagnant economic progress, rising mass incarceration and disinvestment in Black communities that followed the civil rights movement. The book won the Lannan Cultural Freedom Award for an Especially Notable Book in 2016.

Taylor’s second sole-authored work, “Race for Profit: How Banks and the Real Estate Industry Undermined Black Home Ownership” (University of North Carolina Press, 2019), was a semi-finalist for a National Book Award for nonfiction and a 2020 finalist for the Pulitzer Prize in history.

In “Race for Profit,” Taylor documents how deeply racialized, exploitative real estate practices continued long after the establishment of legal bans on housing discrimination. She recounts a pattern of predatory inclusion in which the industry charged African Americans high interest rates, encouraged them to buy over-valued houses that they could barely afford, and pushed them into neighborhoods where property values were unlikely to increase.

Taylor also is the editor of “How We Get Free: Black Feminism and the Combahee River Collective” (Haymarket Books, 2017), which won the Lambda Literary Award for LGBTQ nonfiction in 2018.

Taylor currently is working on a project examining the retreat in the 1980s from the promise of civil rights, alongside the emergence of widening chasms in Black America along social, economic and political fault lines. She also is collaborating with Jennifer Parker, a former staff editor for The New York Times, on a multimedia project involving race, politics and social movements.

In addition to her scholarship, Taylor is known for her accessible and engaging talks, essays and opinion pieces. She is a contributing writer and columnist for The New Yorker. Her essays have been published in The New York Times, Los Angeles Times, The Guardian, The Paris Review and Jacobin, among other media outlets.

In 2020, Taylor was appointed as a distinguished lecturer for the Organization of American Historians.

She received a B.A. from Northeastern Illinois University and a Ph.D. from Northwestern University. She completed a postdoctoral fellowship in the Department of African American Studies at University of Illinois at Urbana-Champaign before joining Princeton University in 2014.

MacArthur Fellows are nominated anonymously by leaders in their respective fields and considered by an anonymous selection committee. Fellows learn of their selection only when they receive a call from the MacArthur Foundation just before the public announcement.