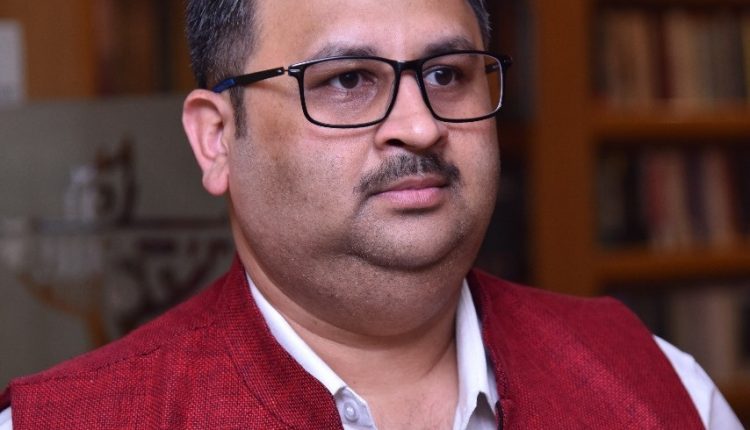 New Delhi: Rajkamal Prakashan Group, India’s leading publishing house witnessed an unprecedented response to it’s first ever online book fair. Approximately 1.5 lakh readers from across the country and abroad participated in the 16-day online book fair. This online book fair was organized at a time when the Delhi World Book Fair scheduled to be held in January was postponed due to the pandemic. Due to this, there was an atmosphere of despair and sadness among all the book lovers. Rajkamal Prakashan initiative to organise the online book fair brought cheers to literary minds not only in India but abroad as well.

Rajkamal Online book fair held from January 16th to January 31st brought more than 145,000 readers from over 40 countries on one platform. Among them there were about 16,000 readers who for the first time connected with Rajkamal through this fair. Most readers came from cities like Lucknow, Delhi, Patna, Jaipur. In a historic first time, readers of more than 40 countries joined this fair, readers from countries like America, China, United Kingdom, Canada, Nepal, United Arab Emirates, France, Netherlands, Turkey, Russia, Japan, Bhutan, Italy, Malaysia, Brazil and Surinamese showed great interest.

Commenting on the successful completion of Rajkamal Online Book Fair, Amod Maheshwari, CEO, Rajkamal Publications Group, said that the enthusiasm and support from readers is overwhelming. A large number of new readers joined us during this period. This was our debut online book fair, the response and love from readers has inspired us to organize such events in future also. Given the pandemic situation, we would like to assure all the book lovers and readers that we will continue to organize such online book fairs in future also.

During this fair, Ashok Kumar Pandey’s book ‘Savarkar: Kala Pani aur Uske Baad’, Krishna Kalpit’s poetry collection ‘Rekhte Ke Beej’, Kumar Ambuj’s poetry collection ‘Upshashak’, Nilesh Raghuvanshi’s novel ‘Shahar se dus kilometer dur ‘ new books were launched etc. On the occasion of Republic Day, many important books related to the country’s freedom and democracy were specially provided to the readers under the category ‘Republic of words’. On the occasion of the death anniversary of Mahatma Gandhi, many books focused on his life and thoughts were also made available to the readers. Books falling under the ‘Editor’s Choice’ category attracted readers during the fair and there was a great demand for ‘Rachnawali’ of various authors.

It is worth noting that the decision to organize this online book fair by Rajkamal Prakashan Group was taken due to the postponement of the World Book Fair, so that all the book lovers can enjoy the online book fair and get their favorite books sitting at home.

The University of Bristol has announced it will create 400 new postgraduate scholarships.