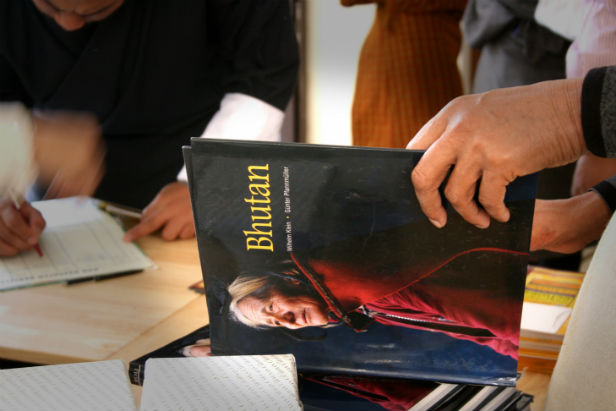 Report by Prachee Naik; New Delhi: This August, Mountain Echoes Literary Festival will be witness to the history and legacy of Zhabdrung that has long defined the Land of the Thunder Dragon.

The engaging and insightful sessions during the three-day Festival will take audiences on a journey through the tales that have shaped Bhutan’s cultural and spiritual history, including tales of the Zhabdrung, the revered founder of the Bhutanese state and creator of Bhutan’s spiritual and temporal laws.

Her Majesty the Royal Queen Mother Ashi Dorji Wangmo Wangchuck, the Royal Patron of the Festival, will pay tribute to the legacy of Zhabdrung, in a conversation with Khenpo Sonam Bumdhen, senior scholar and secretary of monastic education at Bhutan’s Central Monastic Body, Zhung Dratshang. The session will discuss the continued presence of Zhabdrung in every aspect of Bhutanese life in the past four centuries.

In another session, celebrated Bhutanese writer, Pawo Choyning Dorji, author of Seeing Sacred: Lights & Shadows along the Journey, will speak to audiences about the significance of Bhutan’s preeminent tertön, Pema Lingpa using an engaging visual presentation.

Indian Mythologist Devdutt Pattanaik will engage and educate audiences about the common roots and mutual influences of Hinduism and Buddhism as seen in the mythology of the Indian subcontinent.

Mindtree Invests in COPE Health Solutions to Accelerate its…

Another session, ‘Way of Mindfullness’, will see Eminence Kyabje Khedrup Rinpoche Ugyen Tenzin Thinley Lhendup, Head of Sangchen Ogyen Tsuklag Monastic Institute in Trongsa and Lhundrup Tsemo Gomdey in Samdrup Jongkhar, in conversation with Dr. Chencho Dorji, on the relevance and importance of making Buddhist practices a real part of our lives. 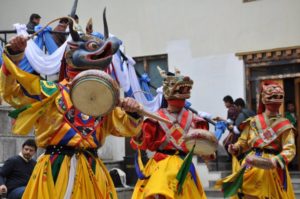 With a stellar line-up of over 70 authors, the festival will also see literary titans from Bhutan, India and across the world come together to explore globally relevant issues such as Environmental conservation, Natural history, Business & Leadership and the Global evolution of textiles and design traditions.

Presented by the Jaypee Group and powered by the Department of Tourism, Government of Rajasthan, the Mountain Echoes Literary Festival is an initiative of the India-Bhutan Foundation, in association with India’s leading literary consultancy, Siyahi. The festival will be held in Thimphu from August 25th – 27th, with a special inaugural ceremony on 24th August.

For years, Mountain Echoes literary festival has set the pace for discussions on ancient cultures and contemporary issues. Join us yet again for another unforgettable experience this August. To know more, visit http://www.mountainechoes.org/

Samsung India Partners with Karnataka Government to Donate Notebooks and Pens to Over 30,000 Students in the State