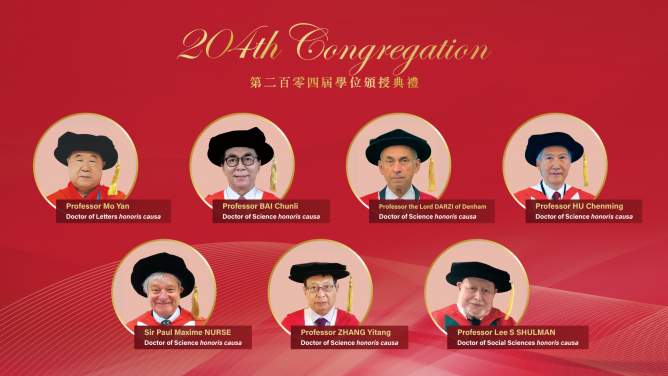 The University of Hong Kong conferred honorary degrees upon seven outstanding individuals at the 204th Congregation yesterday (April 14) in Loke Yew Hall. As all the honorary graduates currently reside outside Hong Kong, they participated in the ceremony virtually for their conferment in light of the COVID-19 situation and travel constraints globally. The ceremony was divided into two sessions to accommodate the time difference between Hong Kong and the residing cities of the honorands. The ceremony was broadcast live via Zoom.

Honorary Degrees are awarded to individuals in recognition of their distinguished service and commitment to the University, the community, and to academia. They are also conferred to those who have made valuable intellectual, social and cultural contributions to society and the world.

The honorary graduates are:

More life-saving support for India on its way from UK

More life-saving support for India on its way from UK

SRM University – AP Admissions: SRMJEEE 2021 to be held in May and…

Michale Fee appointed head of the Department of Brain and Cognitive…