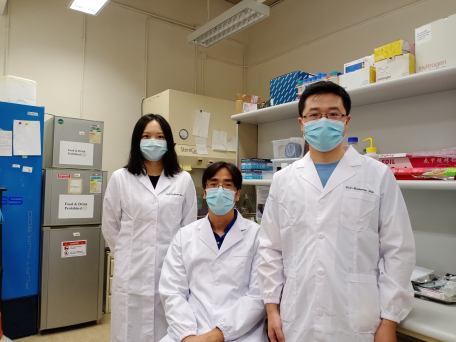 Fetal abnormalities are of concern to all prospective parents, and many of these problems originate from abnormalities in the development of the embryo particularly during its elongation and division.

In a recent breakthrough, a research team led by Dr. Yuan LIN, Associate Professor of the Department of Mechanical Engineering at the University of Hong Kong (HKU) has shed critical insight on what causes abnormal embryo elongation, and possible new ways of treating those disorders. The findings have been published in Science Advances.

Earlier studies with model organism Caenorhabditis elegans revealed, during its development, that the embryo of the organism undergoes a several-fold extension, driven by contractile forces generated in muscle and seam cells in the embryonic wall, without losing its structural integrity. Recent studies have shown that this elongation process is accompanied by significant cytoskeletal anisotropy and plastic deformation of cells, but how such cellular anisotropy and plasticity are developed and their role in embryo development remain unclear to scientists.

Dr. Lin and his team (including Dr. Chao Fang, Dr. Xi Wei and Dr. Xueying Shao) showed that the presence of active intercellular contraction within an embryo will trigger the alignment and severing/ re-bundling of actin filaments (Fig. 1), leading to cellular anisotropy and plasticity, elevating the internal hydrostatic pressure of embryo and eventually driving its elongation. In particular, it was found that the gradual re-alignment of actin bundles must be synchronised with the development of intracellular forces for the embryo to elongate, which is then further sustained by muscle contraction-triggered plastic deformation of cells.

The findings also suggest that pre-established anisotropy is essential for the proper onset of the elongation process while defects in the integrity or bundling kinetics of actin bundles result in abnormal embryo extension, in good agreement with experimental observations (Fig. 2).

By revealing the mechanism by which active cellular forces and physical response of cells affect the extension dynamics of embryos, the study serves as a major step in furthering our understanding of embryonic development. In addition, given that many embryo diseases are caused by defected internal structure of cells along with their abnormal mechanical behavior, the theoretical framework developed could provide critical insights for the design of new strategies in detecting and possibly treating such disorders.

Dr. Lin’s reseach team is among the world’s most active groups in cell mechanics research, particularly in elucidating the physical mechanisms behind important biological processes such as tissue morphogenesis, cell adhesion, cell migration and mechanotransduction, as well as exploring their possible biomedical applications. To achieve these goals, they have been using theoretical modeling and large-scale simulation in conjunction with experimental tools like cutting-edge micro-/nano- fabrication and characterisation techniques. Their earlier works were published in major international academic journals such as Proceedings of the National Academy of Sciences of the United States of America (PNAS) and Physical Review Letters.

TCS Recognized with an Overall Positive Vendor Rating by Gartner®

iednewsdesk Jul 6, 2022
Australian playwrights have provided leading voices in the development of Australia’s cultural identity – and…

Monash University: Rates rise to 1.35% – and there’s no stopping now,…