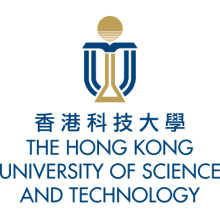 A team of National and Hong Kong Olympians, staff and volunteers who participated in the Olympic Winter Games Beijing 2022, shared their inspiring stories in a live sharing session at the Hong Kong University of Science and Technology (HKUST) today. They exhorted an audience of HKUST students, staff, alumni and members of the community to pursue their goals with passion, resilience and dedication.

Supported by The Hong Kong Jockey Club, the sharing session was jointly hosted by the Beijing Organizing Committee for the 2022 Olympic and Paralympic Winter Games, General Administration of Sport of China, China Disabled Persons Federation, the Liaison Office of the Central People’s Government in the HKSAR (LOCPG) and the HKSAR Government. The Sports Federation & Olympic Committee of Hong Kong (SF&OC), HKUST, Ski Association Hong Kong and Hong Kong Skating Union are co-organizers. The event aims to share with the public the spirit of “bearing in mind the big picture, being confident and open, rising to the challenges, pursuing excellence, and creating a better future together” in the Beijing Winter Olympics.

Mr. Yeung said, “We are grateful to the LOCPG for arranging the meeting session with the Beijing Winter Olympics gold medalists who share their joy and thoughts, as well as coaches and volunteer who share their valuable experience. On behalf of the Hong Kong SAR government, I congratulate our country once again on the success of hosting the Beijing Winter Olympics amidst the pandemic. This was the first time our country hosted the Winter Olympics and Paralympics, which has successfully brought to the world a simple, safe and splendid Winter Olympics, showcasing our country’s ability to stage large-scale multi-sport events. The Chinese delegation also achieved the best results this time. Meanwhile, Beijing has become the first city in history to have hosted both the Summer and Winter Olympic Games.”

Mr. Zhang said, “President Xi Jinping emphasized in his remarks made during the meeting celebrating the 25th anniversary of Hong Kong’s return to the motherland and the inaugural ceremony of the sixth-term government of the HKSAR that ‘When the young people thrive, Hong Kong thrives. When the young people grow, Hong Kong grows. When there is a future for the young people, there is a future for Hong Kong.’ Through this event, we hope Hong Kong’s youngsters could share the joy and glory of Beijing Winter Olympics, so as to enhance their national pride and sense of ownership, allowing the spirit of the Beijing Winter Olympics ‘bearing in mind the big picture, being confident and open, rising to the challenges, pursuing excellence, and creating a better future together’ to echo and spread between the two places, motivating the young people to devote themselves to building Hong Kong into a better home, and writing a rewarding chapter of their life with impassioned youth.”

Mr. Liao said HKUST is committed to supporting sports development. “During the Tokyo Olympics Games, HKUST researchers have contributed to the Hong Kong Cycling Team and bronze medalist Sarah LEE Wai-Sze by helping to develop low-resistance suits and conduct cycling and resistance tests with the University’s advanced aerodynamics and acoustics facility. HKUST also offers special admission arrangements, scholarships, academic accommodations and other assistance to encourage outstanding athletes to continue their studies. We hope by sharing more inspiring stories like those of the Beijing Winter Olympians today, we will spread the spirit of sportsmanship and resilience, and enhance local youth’s sense of belonging to the nation.”

Meanwhile, Mr. Fok expressed his admiration for the athletes’ dedication, he said “Hong Kong sent its largest contingent ever since its participation in Olympic Winter Games this year and the city will also collaborate with Guangdong and Macao to co-host the 15th National Games. By integrating Hong Kong into GBA development, I believe this could further improve the sports performance in the city. Together with the support by the Mainland government, our Hong Kong athletes will definitely scale new heights.”

Minnie SOO Wai-Yam, a homegrown table tennis Olympic medalist who will join the 17 elite athletes at HKUST in September, was among the 400 audience at the sharing session. She said she is very impressed about the perseverance of those winter Olympians. “Athletes always aim high and push their limits despite difficulties or challenges, and perseverance is one of the key attributes that the new generation should develop. I am grateful to be admitted by HKUST and I look forward to dedicating this resilience and passion to the next chapter of my life.”