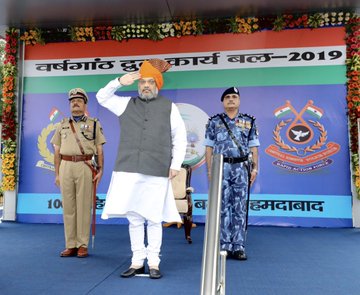 The Central Information Commission has identified the following themes for three sessions of the Annual Convention:-

Center directs States to ensure no movement of People across cities; Action against those asking students/labourers to vacate

National News March 29, 2020 0
Gurugram: The nationwide lockdown due to Pendomic Covid-19 has initially thrown higher education in deep crisis but the universities and very many colleges in...

IITs March 29, 2020 0
Roorkee: Meanwhile, the Ministry of Human Resources notified today that IIT Roorkee is leveraging online medium to continue with the lectures. Professors will be...

National News March 29, 2020 0
New Delhi: Continuing working from home, located in 27 States of the country, a group of over 500 officials from TRIFED, an organisation under...
© Copyright India Education Diary
MORE STORIES