By India Education Diary Bureau Admin On May 16, 2022
Share

Ticket registration is now open for staff, Congregation, students, Oxford University alumni, retired members of Congregation and academic visitors. We are sorry that tickets to the ceremony are not available to members of the public.

Professor the Lord Darzi of Denham

Professor Ara Warkes Darzi, Baron Darzi of Denham, PC, OM, KBE, FRS, is a surgeon, academic and politician. Among his current appointments, Professor Darzi is co-Director of the Institute of Global Health Innovation at Imperial College London and holds the Paul Hamlyn Chair of Surgery at Imperial College London. In recognition of his achievements in the research and development of surgical technologies, Professor Darzi has been elected as an Honorary Fellow of the Royal Academy of Engineering, a Fellow of the Academy of Medical Sciences and in 2013 was elected as a Fellow of the Royal Society. He was Knighted for services in medicine and surgery in 2002 and was appointed to the House of Lords in 2007. He has remained a member of Her Majesty’s Most Honourable Privy Council since 2009 and was awarded the Order of Merit in 2016.

Sir Lenny Henry CBE is a British award-winning actor, comedian, singer, television presenter, writer and philanthropist. He is well-known for co-founding Comic Relief, to which the public has donated more than £1 billion over the last 30 years. Born in Dudley, Sir Lenny won the talent competition New Faces and started working in television when he was 16 years old. His debut was in Britain’s first ever all-black sitcom, The Fosters. His other television credits include Broadchurch, The Syndicate, The Long Song and the biographic Danny and The Human Zoo. Recent awards include an Outstanding Achievement Award at the 2019 South Bank Show Awards and a 2016 BAFTA for Outstanding Contribution to Television. Sir Lenny is an advocate for diversity, and set up The Lenny Henry Centre for Diversity at Birmingham University, where he is Chancellor. In 2019, he released his memoir Who Am I Again? and will soon be releasing its second instalment Rising to the Surface. He also published his first children’s book The Boy With Wings in autumn 2021. 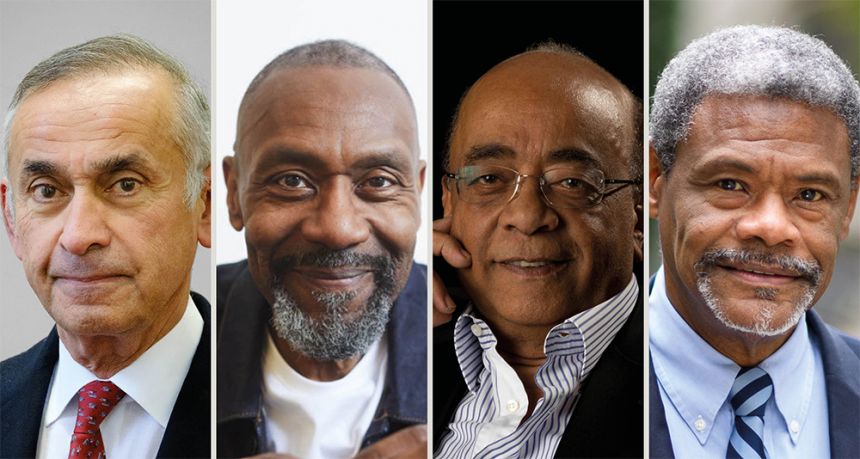 Sudanese-born Dr Mo Ibrahim is a telecommunications entrepreneur and philanthropist. In 1989 he founded cellular consulting and software provider Mobile Systems International, and in 1998, Celtel International, which pioneered mobile services in Africa. In addition to a distinguished business career he is the co-founder and co-chair of the Africa Europe Foundation, which was launched in 2020 to reset and bolster Africa-Europe relations. He is also founder and chair of the Mo Ibrahim Foundation, which he established in 2006 to support good governance and exceptional leadership on the African continent. In 2007 he initiated the Mo Ibrahim Prize for Achievement in African Leadership. Dr Ibrahim has received numerous honorary degrees and fellowships from a range of academic institutions and is the recipient of a number of prestigious global awards.

Professor William Chester Jordan is an American medievalist and is the Dayton-Stockton Professor of History at Princeton University, where he teaches courses on the Middle Ages. During his career at Princeton, Professor Jordan has served as Executive Director of the Shelby Cullom Davis Center for Historical Studies and as Chairman of the Interdepartmental Committee and Program in Medieval Studies. He also served as Chairman of the Department of History (2008-2017). Professor Jordan has been elected as a Fellow of the Medieval Academy of America, the American Philosophical Society, and the American Academy of Arts and Sciences. He has received a number of honours and awards including the Behrman Award of Princeton University for Distinguished Achievement in the Humanities and the President’s Award of Princeton University for Distinguished Teaching.

Dr Jane Lubchenco is University Distinguished Professor at Oregon State University. One of the world’s foremost and most highly cited ecologists, she has put her knowledge to use in both academia and public policy. She has served in various government and diplomatic positions, including U.S. Under Secretary of Commerce for Oceans and Atmosphere and the first U.S. Science Envoy for the Ocean – in President Barack Obama’s administration – and now as Deputy Director for Climate and Environment in the Biden White House Office of Science and Technology Policy. Her research into the ocean and climate change earned her the highest honours from the National Academy of Sciences and the National Science Foundation. She believes in using science and engaging society to solve our biggest challenges. 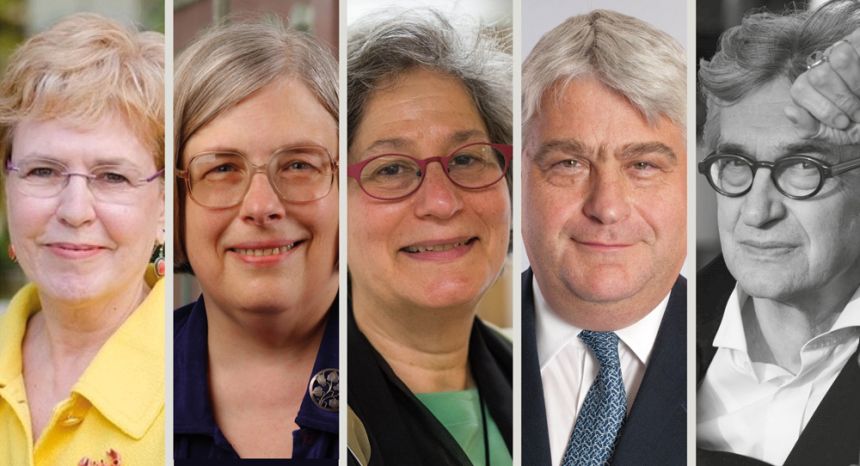 Professor Theda Skocpol is an American social scientist who is currently the Victor S. Thomas Professor of Government and Sociology at Harvard University. Her influential work has focused on major revolutions and the development of welfare states as well as on U.S. voluntary associations, social movements, and contemporary right-wing politics. Professor Skocpol is a member of all three major U.S. interdisciplinary honor societies: the American Academy of Arts and Sciences (elected 1994), the American Philosophical Society (elected 2006), and the National Academy of Sciences (elected 2008). In 2007, she was awarded the prestigious Johan Skytte Prize in Political Science. She co-founded and directs the Scholars Strategy Network, which encourages public engagement by scholars at colleges and universities across the United States.

Professor Susan Solomon, currently Lee and Geraldine Martin Professor of Environmental Studies at the Massachusetts Institute of Technology, is a world-leader in atmospheric science. Her many achievements include serving as co-chair of the Intergovernmental Panel on Climate Change 2007 science report and as Head Project Scientist of the National Ozone Expedition at McMurdo Station, Antarctica. She has received many honours and awards including the prestigious Crafoord Prize of the Swedish Academy of Sciences. Her discoveries around the ozone hole were recognised by having an Antarctic glacier named in her honour.

Bernard Taylor CBE, DL, FRSC, is a British scientist (organic chemist) who has worked in manufacturing industry and then corporate finance at a senior level for many years. He is Deputy Steward of the University of Oxford and an Honorary Fellow of St. John’s College. He has been a Deputy Lieutenant of Oxfordshire since 2011 and was appointed CBE in the Queen’s Birthday Honours 2017 for services to business, education and the arts. Taylor read Chemistry at St. John’s College (scholar) and went on to become a Member of Council at the University of Oxford (serving two terms between 2003-2011). He continues to serve on many University committees as well as being on the Board of the Medical Sciences Division and the Mathematical, Physical and Life Sciences Division. He is currently Chairman of Thomas White Oxford Limited, the Taylor Charitable Settlement, the Royal Commission for the Exhibition of 1851, Garsington Opera and the Advisory Board of the Royal Society. He is also director of OSE plc (Oxford Sciences Enterprises), which he helped found in 2014.

German-born Wim Wenders came to international prominence as one of the pioneers of New German Cinema during the 1970s and is considered a foremost figure in contemporary German film. In addition to his many prize-winning feature films, his work as a scriptwriter, director, producer, photographer and author also encompasses numerous documentary films, international photo exhibitions and monographs, film books and prose collections. His documentary films Buena Vista Social Club (1999), Pina (2011), and The Salt of the Earth (2014) have all been nominated for an Oscar. Among his honorary titles and positions, Wenders has been President of the European Film Academy since 1996. He also holds a number of honorary doctorates, and was awarded the Order of Merit of the State of Berlin in 2015.

University of Oxford contributes around £15.7 billion to the UK economy, and supports more than 28,000 full time jobs