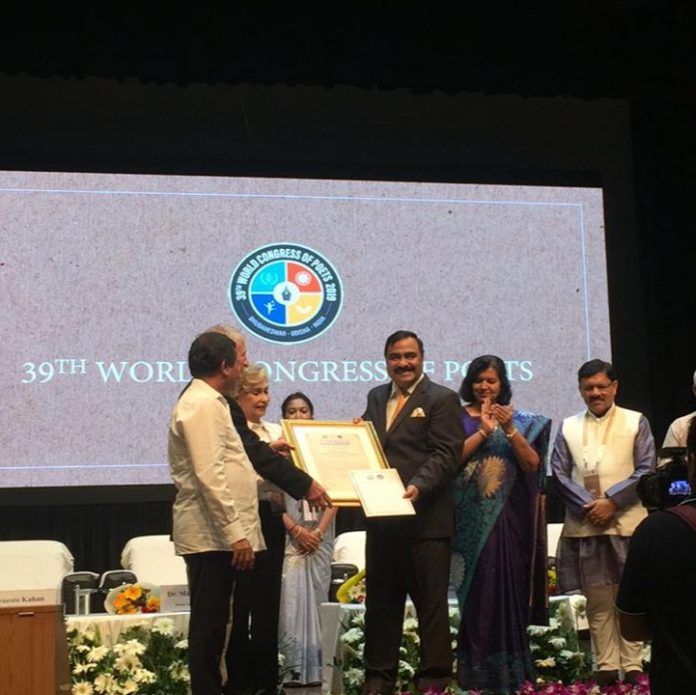 Bhubaneswar: Mr. Souvagya Mohapatra, the visionary Executive Director of MAYFAIR Hotels & Resorts, a highly renowned luxury hotel chain, was conferred with a Honorary Diploma for Excellence in Tourism and Hospitality during the ongoing 39th World Congress of Poets held at the Kalinga Institute of Social Sciences (KISS) and the Kalinga Institute of Technology (KIIT) in Bhubaneswar, Odisha.

The World Congress of Poets was established in 1969 and is a well respected international poetry organisation which is also recognised by UNESCO. It has more than 1200 members from 65 countries across 5 continents. The 3rd edition of the World Congress of Poets also celebrates its Golden Jubilee this year. The World Academy of Arts and Culture (WAAC) and the World Congress of Poets have a long standing tradition of conferring Honorary Diplomas to distinguished and eminent persons who have been influential in being able to bring forth and offer an all around excellent contribution to art, culture, literature and social service.

This was yet another amongst many other distinguished laurels won by Mr. Souvagya Mohapatra. He has succeeded in pioneering new ideas in a novel way while being able to contribute to important issues of tourism. 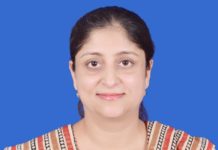 Jindals’ Mother’s Care to Nurture Children and help them Blossom

National News January 23, 2020
0
New Delhi: When we speak of child’s prior education, it becomes a matter of great concern and we don’t want to miss the best...

Jindals’ Mother’s Care to Nurture Children and help them Blossom

Environmentalist Arushi Nishank honored for her contribution towards environment with her...