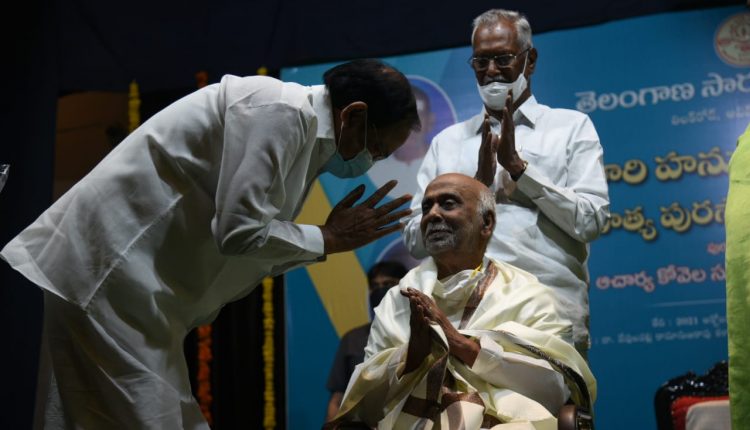 New Delhi: Vice President, Shri M. Venkaiah Naidu, today stressed the importance of the foundational role played by teachers in shaping the lives of children and youngsters and said that Indian culture always accorded respect and reverence to gurus.

Shri Naidu appreciated the awardee for introducing a new trend in Telugu literary criticism and for incorporating the views of Indian thinkers, who fought against discrimination in certain sections of the society.

The Vice President said that everyone should always remember and remain grateful to their teachers and gurus for their guidance and mentoring in shaping their careers.

The award, instituted at the personal initiative of the Vice President by the Telangana Saraswatha Parishath, seeks to recognize contributions to the Telugu language.

Lauding Telangana Saraswatha Parishath for its efforts in preserving and propagating the Telugu language, he reiterated that the medium of instruction should be in the mother tongue up to primary school or high school. Similarly, local language should be used extensively in the administration and judiciary as well.

President of India to Celebrate Dussehra with Jawans in Drass