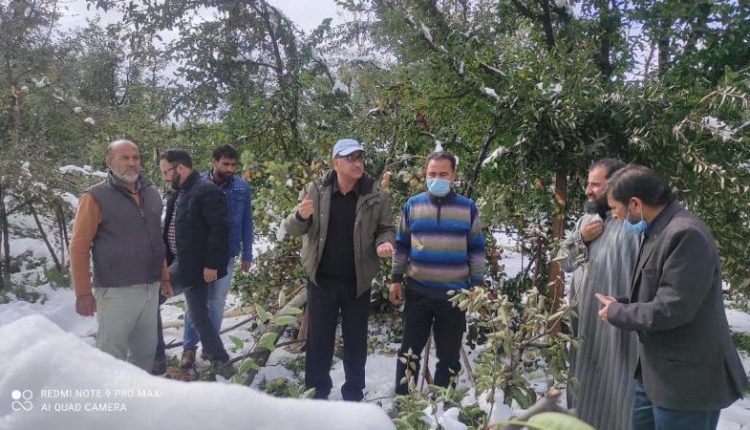 The Director General said that the Department has already issued a detailed advisory in this regard and urged the farmers to follow the advisory in letter and spirit.

He further said that there are strict instructions from the Worthy Advisor Mr. Farooq Ahmad Khan and Principal Secretary to Government, Horticulture Department, J&K Mr. Navin Kumar Chaudhary regarding assessment of damage caused due to the untimely snowfall. He accordingly directed the field functionaries to comply the instructions and report the same within the stipulated time.