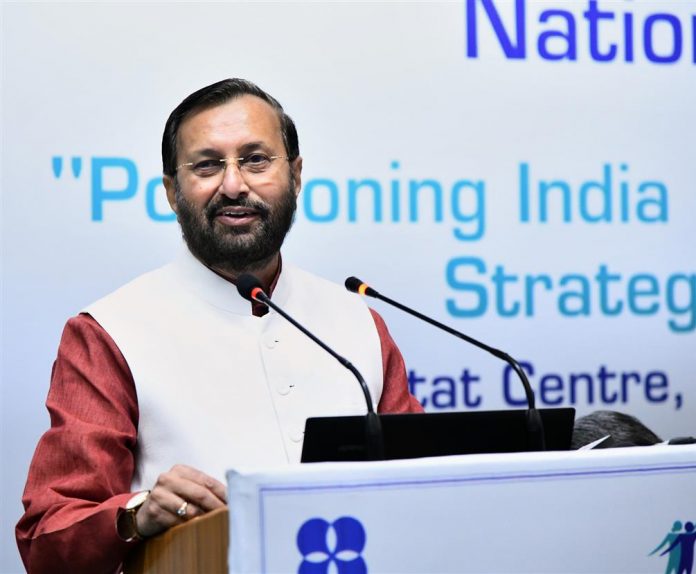 New Delhi: 16 Winning teams comprising around 400 students from the Zonal Inter School Band Competitions held in 6 zones across the country and schools from Kendriya Vidyalaya Sangathan & Navodaya Vidyalaya Samiti are going to compete at the National Level Competition to be held at Thyagaraj Stadium, New Delhi on Friday 21st December, 2018. Union Minister, Human Resource Development, Shri Prakash Javadekar will be the Chief Guest of the event. Former Chief of the Naval staff Admiral R. K. Dhowan would be the guest of honour.

The Department of School Education and Literacy had started the Inter School Band Competition in the year 2017. The competition is organized at three levels viz. State, Zonal and National. A separate competition is held for boys and girls teams. The winning teams of the 6 zones, one each of boys and girls, shall compete in the National Level competition. The KVS and NVS have also conducted their own competitions in the similar pattern and 2 winning teams, one boys and one girls team will compete at the National Level event. The programme will conclude with a group performance by all the participating students.

The Inter School Band Competition would provide a national platform to the students to display their skills like timing, rhythm and synchronization while working together and capturing the essence of ‘Ek Bharat Shrestha Bharat’. At the same time they will have an opportunity to showcase their talent before a large audience. This will help inculcate the spirit of patriotism and unity among school students that comes with performing in a band.