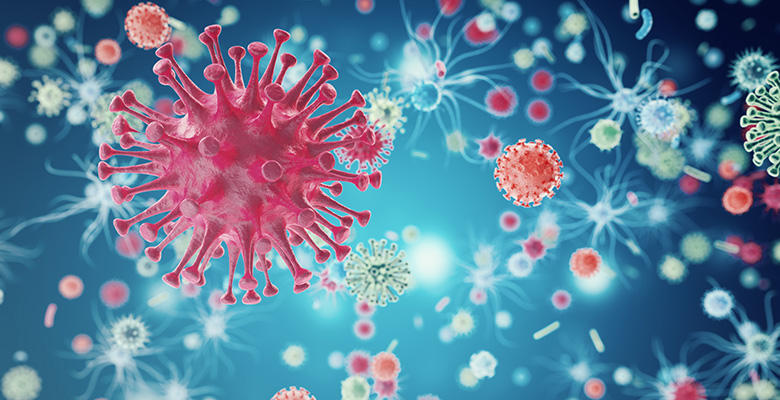 New Delhi: HIV has gone from a death sentence to a mostly manageable condition, but a true cure for the virus that causes AIDS has remained stubbornly elusive, leaving patients reliant on lifelong pharmaceutical regimens.

Hope for a permanent solution may now be in sight – thanks to the researchers at the College of Veterinary Medicine (CVM).

The new reporter cell enables scientists to directly study a single patient-derived infected cell and the virion particles within it, a level of detail that until now had not been available to HIV research.
In a paper published Nov. 16 in Scientific Reports, scientists describe their novel technology to study viruses directly in their host cells, opening the door to finding a functional cure for HIV – and a possible tool in the fight against COVID-19.

“Over the last three decades of HIV research, scientists have succeeded in finding ways to reduce the HIV levels in patients’ blood, to prevent AIDS and virus transmission,” said David Gludish, DVM/Ph.D., a postdoctoral associate in the lab of David Russell, the William Kaplan Professor of Infection Biology (CVM).

“Past research has produced highly effective antiretroviral drugs, but these current treatments are not cures,” Gludish said. “If you pull patients off of treatment, even if they’ve been on it for decades, the virus will rebound within a week or two to the same strength that it was before they began treatment.”

The disease’s stubbornness is due to HIV’s ability to hide out in the body. “It is increasingly apparent that what virus levels we see in the blood are just the tip of the iceberg,” Gludish said. “What you find in blood is the spillover of the HIV that is present in the tissues.”

To find a cure, scientists need access to the true source of the problem – infected tissue. And for that, Gludish and the team developed a hypersensitive reporter cell – TZM-gfp – that glows when it encounters even just one infected cell.